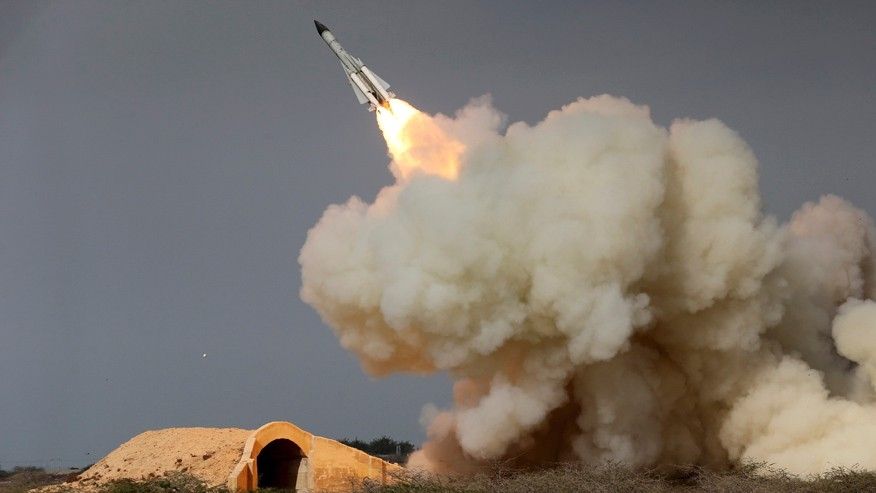 In apparent defiance of the new sanctions imposed by the Trump administration, Iran held a military exercise Saturday to test missile and radar systems.

The aim of the exercise, held in Semnan province, was to “showcase the power of Iran’s revolution and to dismiss the sanctions,” Iran’s elite Revolutionary Guards website said, according to Reuters.

During the exercise, a senior commander of Iran’s Revolution Guard said the country’s missiles will come down on the country’s enemies if they do wrong.

“If the enemy does not walk the line, our missiles come down on them,” Gen. Amir Ali Haijazadeh said.

Those targeted by the Treasury Department sanctions include Iranian, Lebanese, Emirati and Chinese individuals and firms involved in procuring ballistic missile technology for Iran. They are now prohibited from doing any business in the United States or with American citizens.

“The days of turning a blind eye to Iran’s hostile and belligerent actions toward the United States and the world community are over,” White House national security adviser Michael Flynn said.