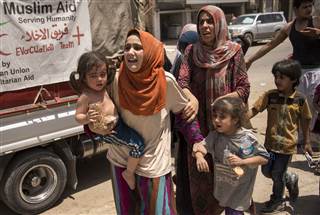 The resolution asks the Iraqi government to end the agreement under which Washington sent forces to Iraq more than four years ago to help in the fight against the Islamic State terror group.

“The Iraqi government has an obligation to end the presence of all foreign forces on Iraqi soil and prevent it from using Iraqi lands, waters, and airspace or any other reason,” Iraqi Parliament Speaker Mohammed al-Halboosi said in an address to lawmakers before the vote.