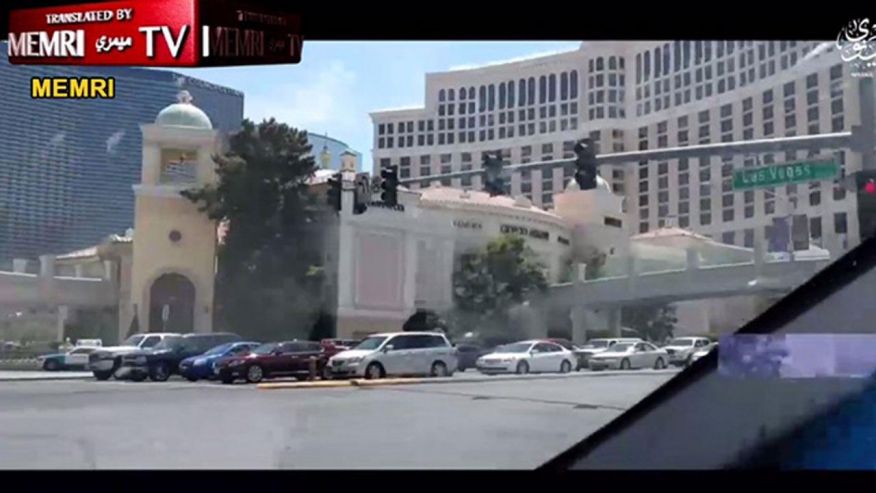 The 44-minute video showed 2015 footage of the strip, along with images from other cities, including New York and Washington, D.C. The video, narrated in English, calls on ISIS supporters living in the U.S. to carry out attacks using knives and vehicles.

The FBI’s Las Vegas field office said in a statement it is working with other U.S. government agencies and “international law enforcement, intelligence, and security services agencies to share information and intelligence.”

The development came as hundreds of thousands of tourists were poised to descend on Las Vegas for Memorial Day weekend. Locals and visitors will expect to see a heightened police presence, especially in the wake of the Manchester Arena explosion that killed 22 people.

“We are always concerned when Las Vegas is mentioned by groups or individuals who subscribe to the idea of committing violence to further their cause,” a spokesperson from the Las Vegas Metropolitan Police Department told Fox News. “Our city has been mentioned in similar videos and publications but this most recent video should serve as a reminder to remain vigilant and to report any suspicious activity.”