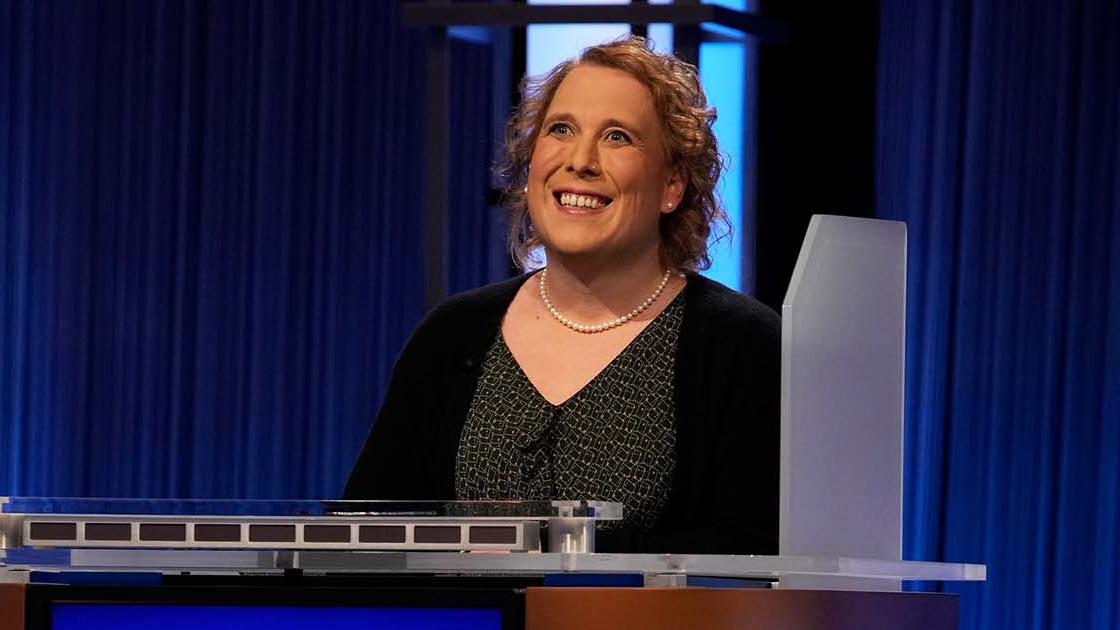 “Jeopardy!” contestant Amy Schneider has a few choices words for those directing transphobic comments at her on social media.

Schneider, who is the first transgender contestant to qualify for the game show’s Tournament of Champions, addressed the commentary sent to her through messages over the course of December in a tweet on the last day of the year.

“I’d like to thank all the people who have taken the time, during this busy holiday season, to reach out and explain to me that, actually, I’m a man,” she wrote. “Every single one of you is the first person ever to make that very clever point, which had never once before crossed my mind.”

Fans and followers of the contestant flooded the replies of her post with love and support, and denounced those sending her hateful messages.

“As a former contestant (@KenJennings 26th game) and the parent of a young trans woman (who did quiz bowl in HS & college), it’s been great to watch you,” one user and former “Jeopardy!” contestant tweeted to Schneider. “Congratulations on your streak and on having the grace to take the high road with these trolls and troglodytes!”