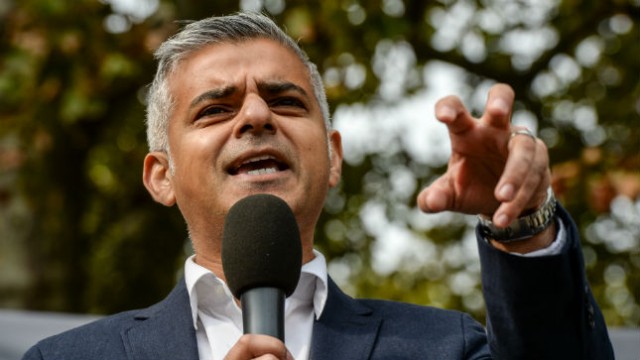 London Mayor Sadiq Khan is calling on the British government to cancel a state visit from President Trump after Trump criticized his response to this weekend’s terror attacks in London.

“I don’t think we should roll out the red carpet to the president of the USA in the circumstances where his policies go against everything we stand for,” Khan said in an interview with Britain’s Channel 4 News.

“When you have a special relationship it is no different from when you have got a close mate. You stand with them in times of adversity but you call them out when they are wrong. There are many things about which Donald TrumpDonald TrumpUK prime minister: We’ll change human rights laws if they hurt counterterrorism GOP rep: Trump’s tweets ‘very ill advised’ Arab nations risk gas insecurity over rift with Qatar MORE is wrong.”

“At least 7 dead and 48 wounded in terror attack and Mayor of London says there is ‘no reason to be alarmed!'” Trump tweeted Sunday morning.

Trump appeared to be referencing Khan’s comments earlier in the day in which he said there was no reason to worry about the increased police presence in London.

Khan’s spokesperson said Sunday that he wouldn’t respond to Trump’s tweet, saying he had “more important things to do.”

“He has more important things to do than respond to Donald Trump’s ill-informed tweet that deliberately takes out of context his remarks urging Londoners not to be alarmed when they saw more police — including armed officers — on the streets,” the spokesperson said.