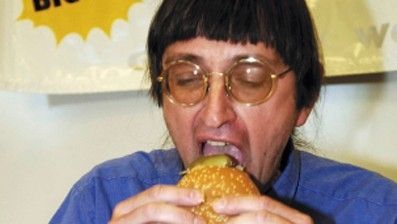 A Wisconsin man who since 2016 has held the Guinness World Record for the most McDonald’s Big Macs consumed has reached another milestone after eating his 30,000th Big Mac on Friday.

Don Gorske, 64, ate the record-extending double-patty sandwich at a local McDonald’s restaurant and says he’s eaten so many simply because he loves hamburgers.

According to the retired prison guard, he’s eaten at least one Big Mac a day since May 17, 1972.

His achievement was recognized by Guinness World Records in 2016 when he was tallied in at 28,788 Big Macs.

Gorske says that despite eating the fast-food favorite at least once a day, his cholesterol and blood pressure readings are both normal.