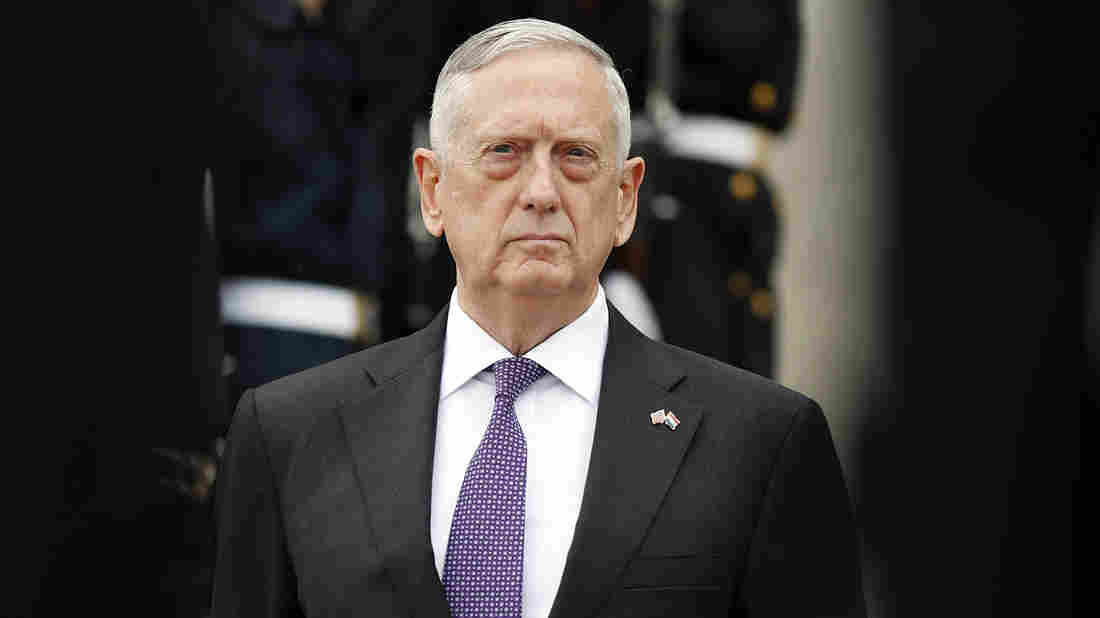 Defense Secretary Jim Mattis is leaving an Obama-era policy on transgender military service members largely intact, saying he needs input from an expert panel to determine the best way to implement President Trump’s ban that would keep transgender people from serving in the U.S. military.

Trump barred transgender would-be recruits from signing up, but he gave Mattis discretion to decide the status of transgender people who are already serving.

Mattis says he’ll convene the panel from the Department of Defense and the Department of Homeland Security, with the goal of promoting “military readiness, lethality, and unit cohesion” — while also following legal and budgetary constraints.

“In the interim, current policy with respect to currently serving members will remain in place,” Mattis said in a statement Tuesday night. “I expect to issue interim guidance to the force concerning the president’s direction, including any necessary interim adjustments to procedures, to ensure the continued combat readiness of the force until our final policy on this subject is issued.”

The issue directly affects thousands of service members. An estimate by the Rand Corp. has suggested that there could be as many as 6,600 transgender troops on active duty and more than 4,100 in the Reserves. Advocates have said the number is higher — up to 15,000 people.