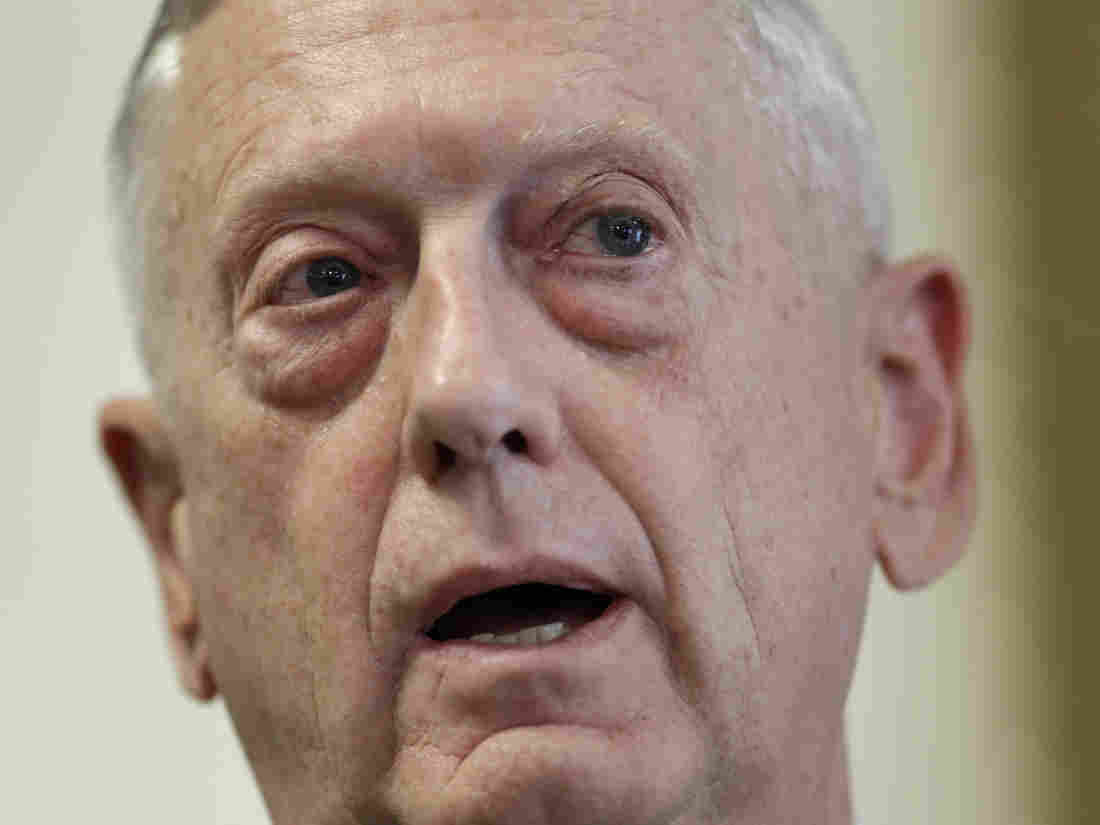 Defense Secretary Jim Mattis, seen here in June, has been relatively quiet about President Trump’s call for a ban on transgender service members in the U.S. military. New guidelines would give him leeway to determine who should serve.

Transgender members of the U.S. military would be subject to removal at Defense Secretary James Mattis’ discretion — and the service would bar transgender people from enlisting, under new White House guidelines for the Pentagon. President Trump announced the ban via a tweet last month.

Rough details of the guidelines were confirmed by NPR’s Tom Bowman after the White House plan for the Pentagon was reported by The Wall Street Journal.

Gay and lesbian troops have been able to serve openly in the U.S. military since 2011; transgender service members were allowed to do the same in 2016, through an order from then-Defense Secretary Ash Carter. That order deferred setting policy on new enlistments.

The Obama administration had set a deadline of July 1, 2017, for the U.S. military to decide how to handle transgender recruits. But as NPR’s Phil Ewing has reported, Defense Secretary Jim Mattis put off that deadline in June.

Mattis hasn’t spoken much about the plan, and it’s not known how rigorously he would enforce a policy on transgender troops. Tom reports, “The big issue for Mattis is service. If you’re in the military, people who know him say, he’ll give a lot of leeway for keeping transgender people in — unless there’s some huge medical issue that prevents deployability.”