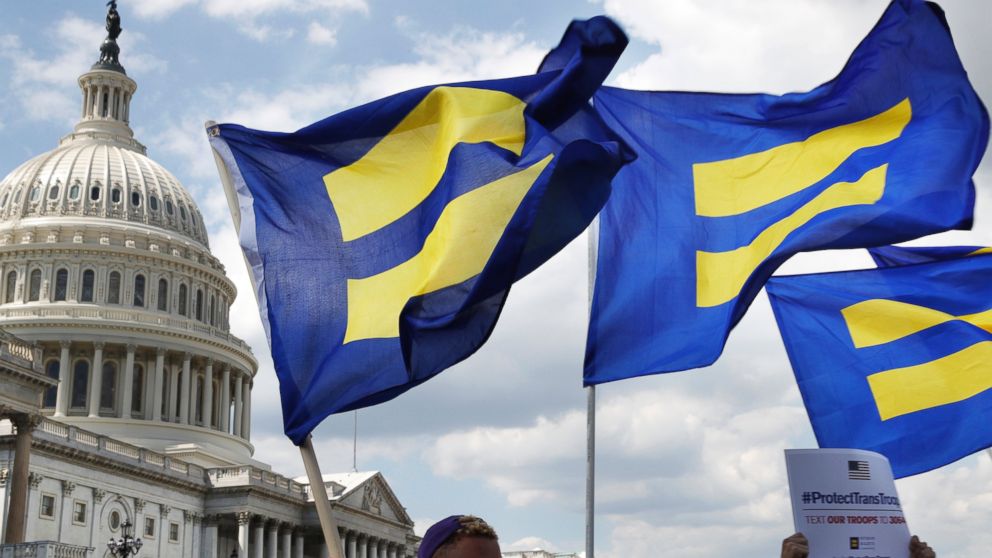 Transgender soldiers, sailors, airmen and other members of the military, along with others who want to enlist, sued President Donald Trump on Monday, hoping the federal courts will stop him from preventing their service.

One federal lawsuit was filed in Baltimore by the American Civil Liberties Union of Maryland on behalf of six transgender individuals currently serving in the Army, Navy, Air Force, National Guard and Naval Reserve.

Another was filed in Seattle by Lambda Legal, on behalf of a 12-year Army veteran and two young transgender men who hope to enlist, along with Human Rights Campaign and the Gender Justice League.

“I thought the Army would make a man of me,” joked Army Staff Sgt. Cathrine Schmid, 33, who is stationed at Joint Base Lewis-McChord near Tacoma, Washington, and is a plaintiff in the Seattle case. “We see how effective that was.”

Schmid, who has served in South Korea, Germany and Iraq, claims that Trump’s ban on transgender people joining the military has halted her appointment as a warrant officer.

“President Trump’s actions immediately caused the individual plaintiffs and other transgender service members to fear for their careers, the well-being of their family members and dependents, their health care and, in some cases, their safety,” the ACLU lawsuit states.

Trump directed the Pentagon on Friday to implement a ban on transgender individuals from enlisting in or continuing to serve in the military, which he first announced in a tweet.

The ban, which would take effect next year, also orders a halt to the use of Defense Department resources to fund sex-reassignment surgeries for military personnel, except if needed to protect the health of an individual who already has begun a course of sex-reassignment treatment.