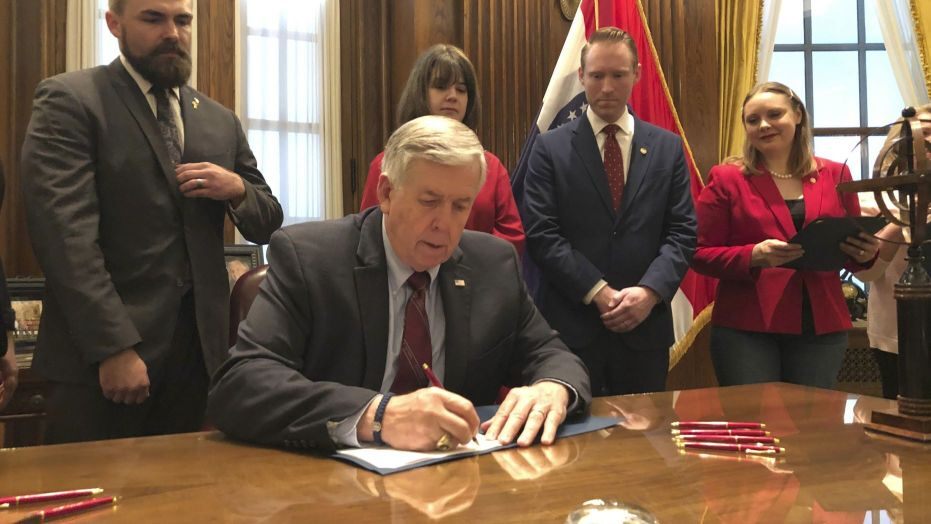 Missouri Gov. Mike Parson on Friday signed a bill that bans abortions on or beyond the eighth week of pregnancy without exceptions for cases of rape or incest, making it among the most restrictive abortion policies in the nation.

Under the law that comes into force Aug. 28, doctors who violate the eight-week cutoff could face five to 15 years in prison. Women who terminate their pregnancies cannot be prosecuted. A legal challenge is expected, although it’s unclear when that might occur.

The measure includes exceptions for medical emergencies, such as when there is a risk of death or permanent physical injuries to “a major bodily function of the pregnant woman.” But the lack of exceptions women who find themselves pregnant after being raped or subject to incest has drawn sharp criticism, including from wealthy GOP donor David Humphreys, a Missouri businessman, who had urged the Republican governor to veto the bill and called it “bad public policy.”

Parson defended the lack of exceptions as he spoke to a group of abortion opponents gathered Friday for the bill signing in his Capitol office.