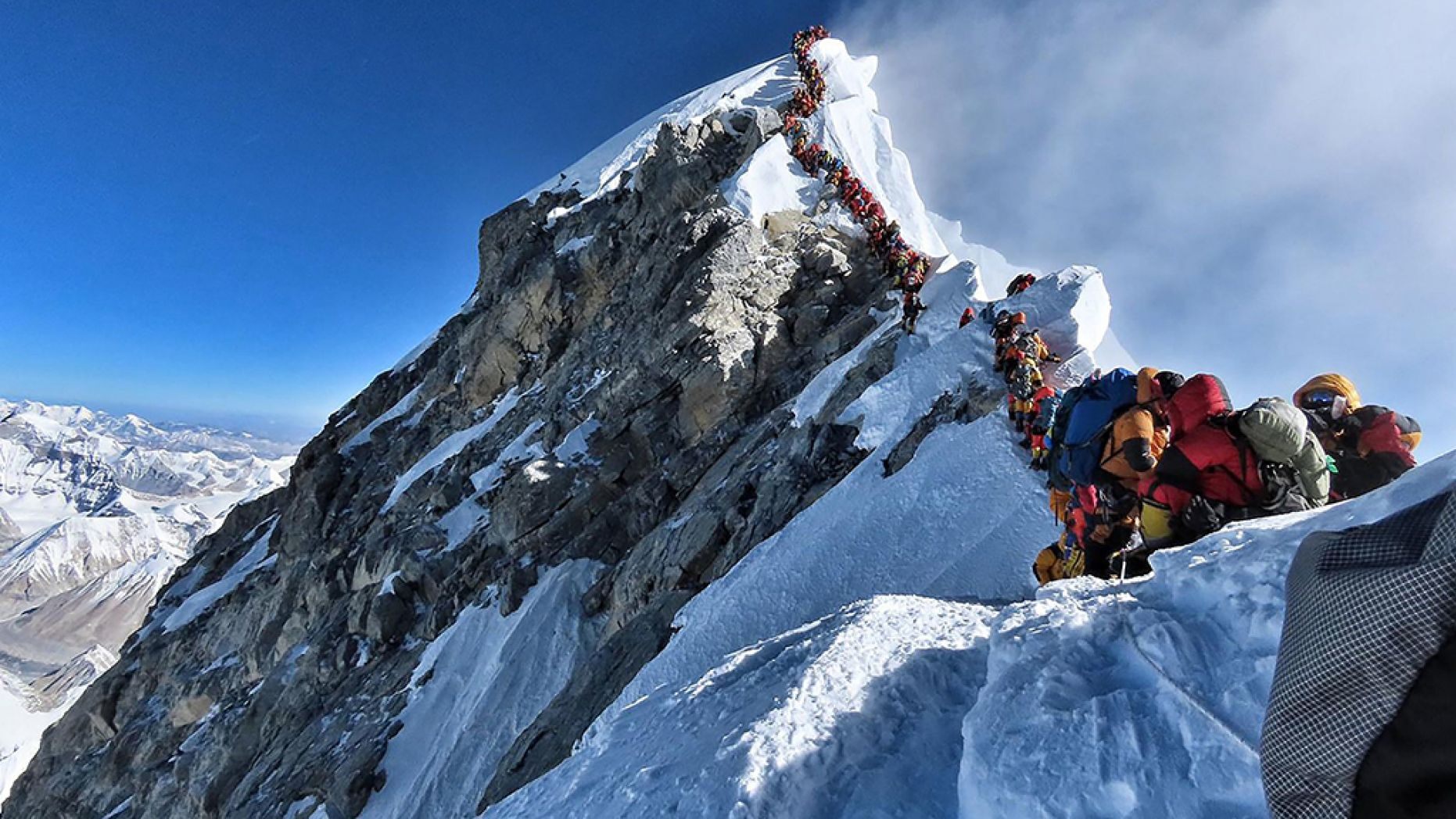 A British man who summited Mount Everest wrote that he feared the dangers of overcrowding on the world’s highest peak before dying on his descent.

Robin Haynes Fisher, 44, is among the growing number of people who have died trying to conquer the Himalayan summit this climbing season, putting a spotlight on the crowds of mountaineers that are making the ascent and descent even more treacherous.

He died Saturday at 8,600 meters (around 28,200 ft) above sea level after feeling ill, Meera Acharya, director of Nepal’s department of tourism, told the Himalayan Times.

“He was 150 metres below the summit when he suddenly fell down,” said Murari Sharma of Fisher’s expedition company. “Our sherpa Jangbu tried to wake him up him and change his oxygen bottle and tried to give him some water but there was no response.”

In a foreboding post on Instagram last week, Fisher shared his condolences for two climbers who died in the “death zone” above the 8,000-meter (around 26,000-ft) mark in the days leading up to his expedition. He noted that around 100 climbers attempted the summit in the two days that those deaths occurred.