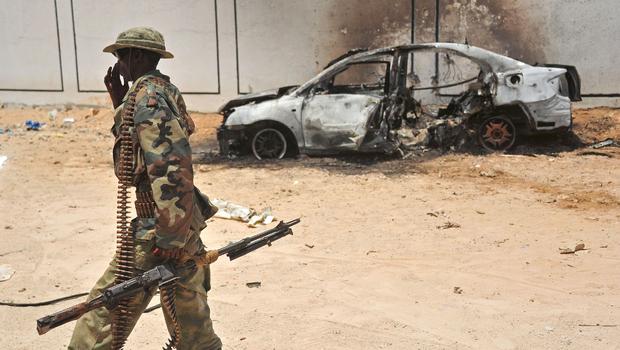 “U.S. forces were conducting an advise and assist mission alongside members of the Somali National Army,” the U.S. military’s Africa Command (AFRICOM) said in a written statement. It said the operation took place near Barii, about 40 miles west of Mogadishu.

A U.S. official confirmed to CBS News national security correspondent David Martin that the service member who was killed was a Navy SEAL advising Somali troops. The official said the troops were dropped by helicopter outside a village where a local al-Shabaab leader was believed to be located and approached on foot.

The SEAL was killed in an ensuing firefight, the official said. Two other Americans were wounded.

U.S. warplanes struck an al-Shabab training camp in Somalia over the weekend, killing over 150 fighters. The U.S. is claiming this as a big victo…