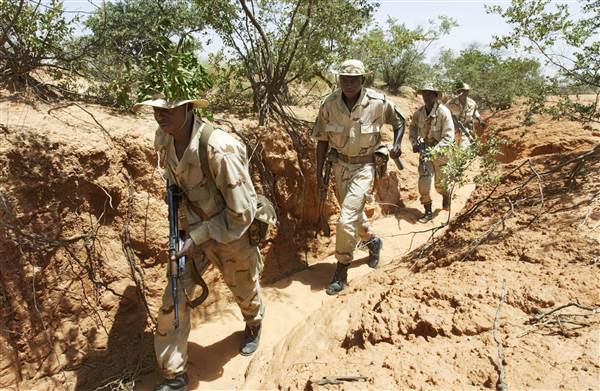 Three U.S. Army Special Forces soldiers were killed and two were wounded in Niger on Wednesday, in an ambush by suspected Islamic militants operating from Mali, multiple sources with knowledge of the incident told NBC News.

According to the sources, one soldier form Niger was also killed in the attack.

The U.S. military did not confirm the deaths officially, but did acknowledge that a “hostile fire” incident involving U.S. troops had occurred.

“We are working to confirm details of the incident and will have more information as soon as we can confirm facts on the ground,” said a spokesperson for Africa Command, or AFRICOM. The military generally does not confirm nor identify American casualties until it has ensured that the deceased’s family members have been properly notified.

The deaths throw a spotlight on one of the many military operations being conducted in Africa as part of a wide-ranging war on a variety of extremist groups, in a swathe of countries stretching across the continent. According to the French radio broadcaster RFI, a joint Nigerien-American patrol was ambushed near the village of Tongo Tongo, approximately 17 miles from the border with Mali.