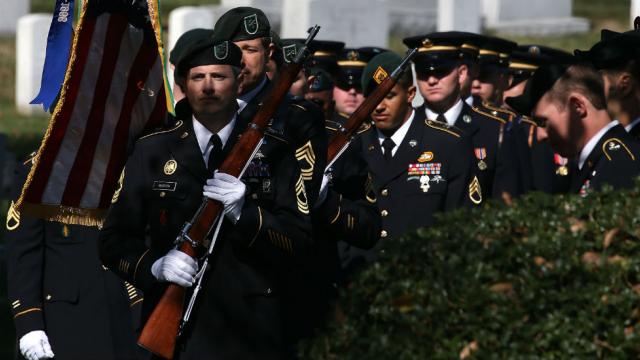 The Pentagon has identified the three Army Green Berets killed in action Wednesday night in Niger.

Staff Sgts. Bryan Black, 35, of Puyallup, Wash.; Jeremiah Johnson, 39, of Springboro, Ohio; and Dustin Wright, 29, of Lyons, Ga., were killed after their patrol came under attack by Mali-based militants.

The three were assigned to 3rd Special Forces Group based at Fort Bragg, N.C.

The U.S. special forces were on a joint patrol with Nigerien soldiers near Mali’s border when they “fell into an ambush set by terrorist elements aboard a dozen vehicles and about twenty motorcycles,” Niger’s army chief of staff said in a statement.

U.S. Africa Command said in a statement Thursday that the Green Berets were assisting “Nigerien security force counterterror operations” when they were attacked.No group has yet claimed responsibility for the attack — which occurred about 120 miles north of the capital city of Niamey — but officials suspect Islamic State in Iraq and Syria-linked militants are to blame.