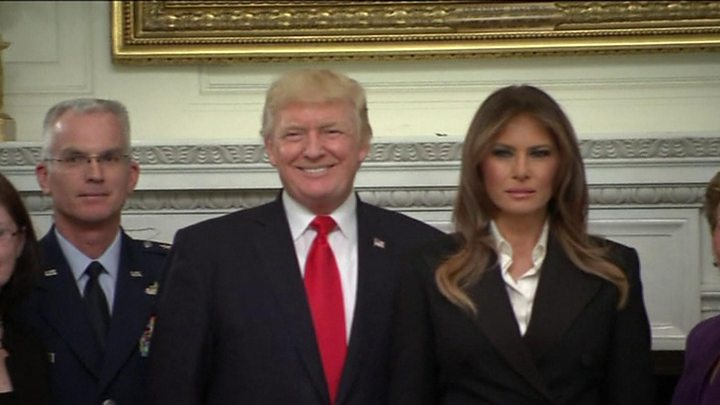 US President Donald Trump is planning to abandon the Iran nuclear deal shortly, according to US media reports.

If he fails to certify the accord, Congress will decide whether to re-impose economic sanctions on Iran. Mr Trump has until 15 October to decide.

Opposition to the deal was a major part of his campaign last year.

Posing for photographers with military leaders on Thursday, he said this was “the calm before the storm” but refused to give further details.

There was speculation his comments might refer to heightened tensions with North Korea, but the New York Times says “people who have been briefed on the matter” believe he means Iran.

Mr Trump was seen at the White House with his wife Melania, as well as military leaders, after Thursday’s meetings but before dinner together. Gesturing at the people around him, he asked the waiting press if they knew “what this represents”.

“Maybe it’s the calm before the storm,” he said.