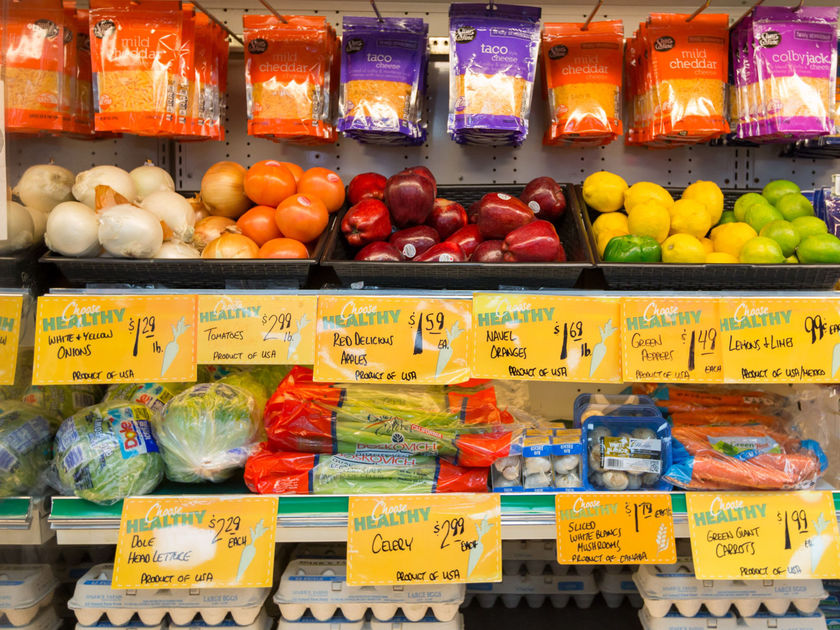 Under the new rules, approved by the USDA in December and taking effect this spring:

Stores will have to stock seven varieties of food in each of four food groups (produce, dairy, grains and meats), up from three varieties.

Stores will have to stock three units of each of those seven varieties at a time; for example, having three bananas or three jugs of milk on the shelf at a time. That’s a compromise from the six units originally proposed.

The total number of items required to be on the shelf will increase to 84, from today’s minimum of 12, but won’t be as high as the 168 originally proposed.

Another compromise: The USDA will continue to allow items with multiple ingredients — such as TV dinners — to count toward the requirements. The USDA also backed away from not counting some snacks toward the item count. And it didn’t go as far as proposed in disqualifying some stores from the food stamp program based on the percentage of the store’s sales that come from hot or prepared foods, which are ineligible for purchase under the program.