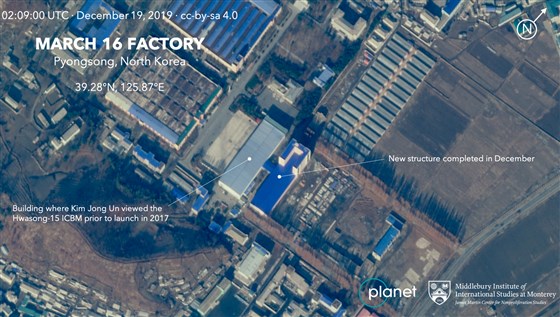 North Korea has expanded a factory linked to the production of long-range nuclear missiles, according to a new analysis of satellite photos provided to NBC News that bolsters a growing expectation the country soon will resume testing a capability that threatens the United States.

Commercial satellite images from Planet Labs show a temporary structure at the site to accommodate the raising of a launcher arm, according to Jeffrey Lewis, director of the East Asia Nonproliferation Program at the Middlebury Institute of International Studies.

“We believe North Korea erects this structure when the facility is involved in producing or modifying ICBM launchers,” Lewis concluded in a written analysis, using the acronym for intercontinental ballistic missiles.