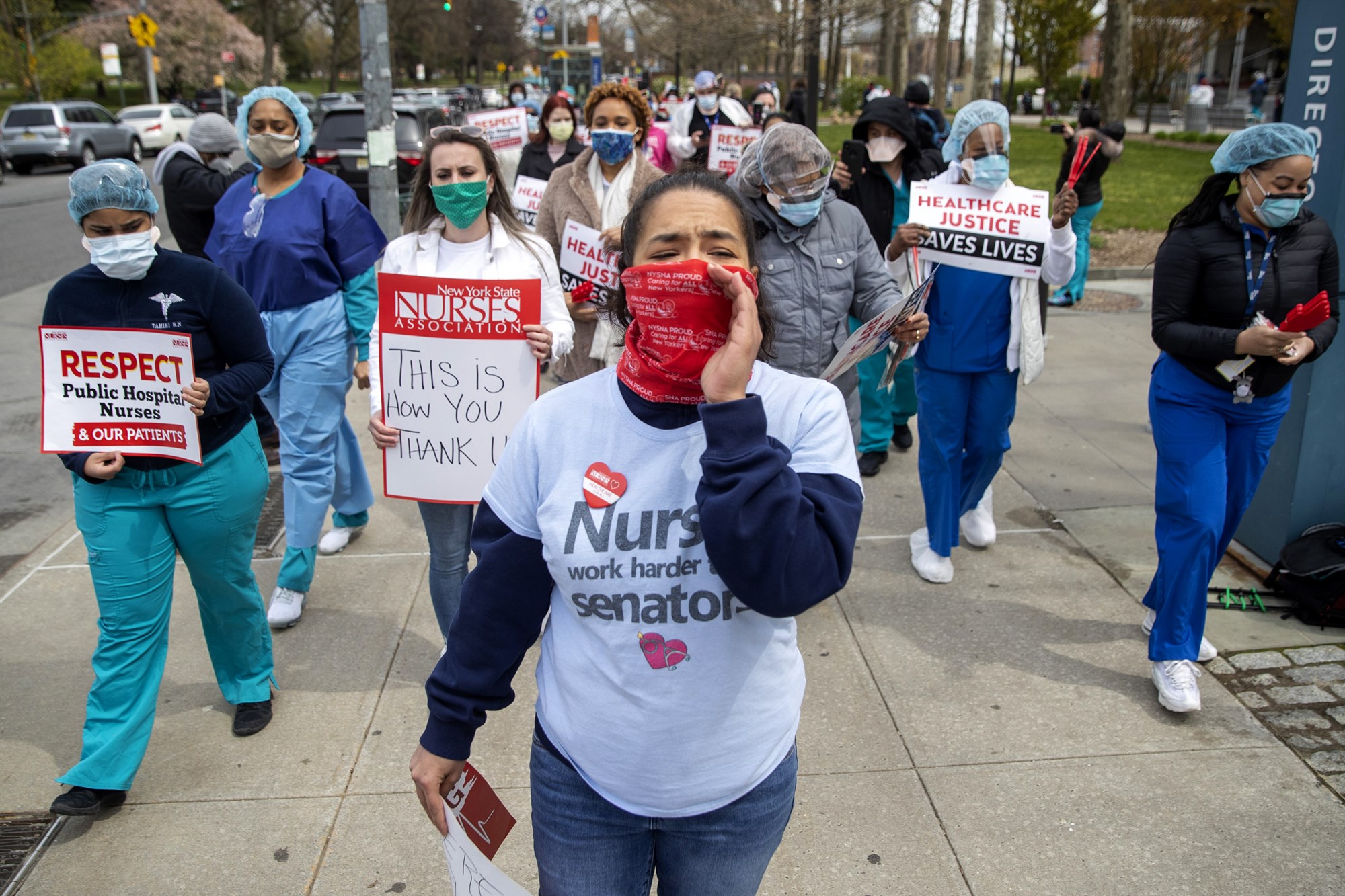 A nurse at Cedars-Sinai Medical Center in Los Angeles said she was sent home after refusing to wear a surgical mask instead of a protective respirator to treat COVID-19 patients — and that she was denied a coronavirus test even after she began displaying symptoms.

A nurse at a hospital in Kentucky said she was reprimanded for insubordination and reassigned for refusing to treat COVID-19 patients when the hospital would not supply her with an N95 mask.

A nurse in New Jersey said he was fired after speaking out publicly about the lack of proper protective gear during the pandemic.

All three nurses said they believe they are being persecuted for simply trying to protect themselves and others, and some experts agree.

“I think it’s important to speak up if you see inadequate conditions for patients or yourself,” said Arthur Caplan, head of the division of medical ethics at the New York University Grossman School of Medicine. “I think we would expect people to do almost as whistleblowers and get protected — not punished.”

The nurses in Los Angeles and Kentucky both said they spoke directly to managers, not publicly on social media, but were reprimanded for raising concerns. Caplan said that was simply “absurd.”