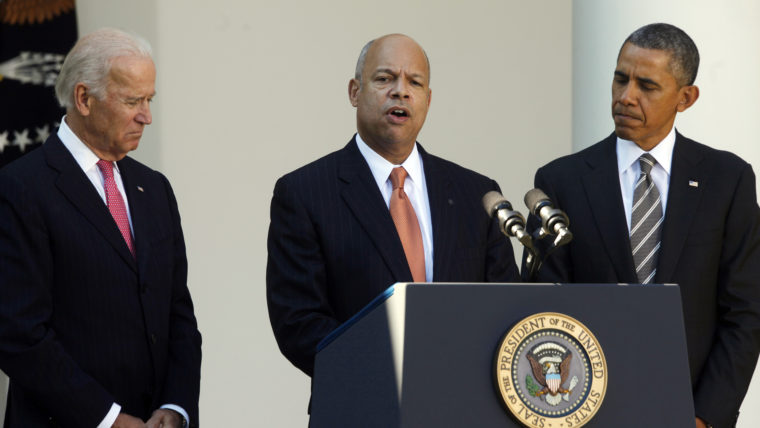 Jeh Johnson, Obama’s Secretary of Homeland Security, warned during an interview on Sunday that President Joe Biden was going to pay a steep political price for his continued crisis on the southern border as up to 18,000 migrants could be headed to the U.S. per day if the CDC lifts Title 42.

“The CDC and the Department of Homeland Security have said for months that border crossings will almost certainly increase once the order is lifted,” The Washington Post reported. “Homeland Security officials, who oversee CBP and other agencies, said officials are planning for multiple scenarios in case of a major influx, tapping Federal Emergency Management Agency officials to prepare for as many as 18,000 migrants per day, almost triple the current numbers.”