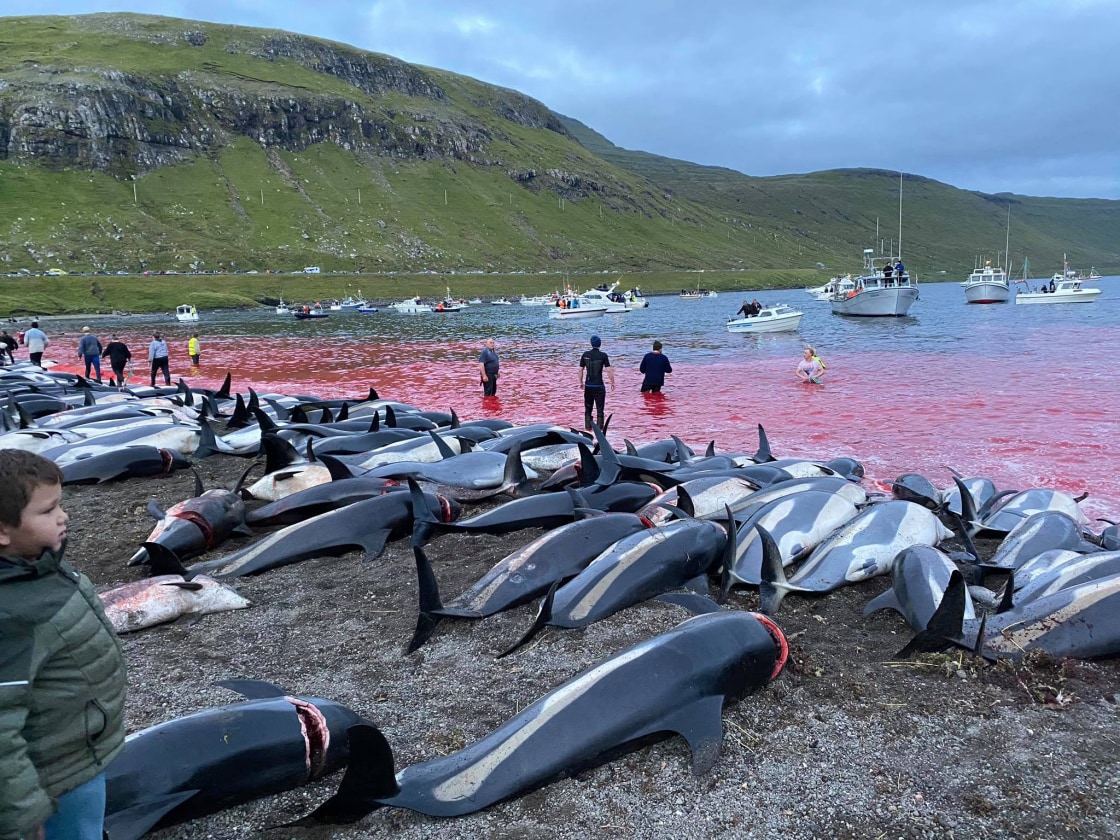 Dolphin hunting is a centuries-old practice in the Faeroe Islands.

But the tradition is facing fresh scrutiny after more than 1,400 of the aquatic mammals were killed Sunday in a record-breaking slaughter that has sparked outcry among local residents and global environmental groups.

The hunt in the North Atlantic islands is not done for commercial purposes and is authorized by the government, but even those who support the practice expressed concern this year’s event could prompt greater scrutiny.

For hundreds of years, residents of the Faeroe Islands have participated in the annual hunting tradition, which is known as the “grind,” or grindadráp in Faeroese. It sees pilot whales, the second largest species of dolphins following the orcas, and other dolphins corralled into fjords before being stabbed to death.

The remote island’s tradition was brought to global audiences in the Netflix documentary “Seaspiracy” earlier this year.

According to the Faeroese government, the practice is “fully regulated” and considered “sustainable,” with around 600 pilot whales and 250 white-sided dolphins caught on average each year over the past two decades.

Sunday’s catch blew past that average, however, with the Seattle-based Sea Shepherd Conservation Society estimating that at least 1,428 white-sided dolphins were killed in what the organization branded a “cruel and unnecessary hunt.”

“Considering the times we are in, with a global pandemic and the world coming to a halt, it’s absolutely appalling to see an attack on nature of this scale in the Faroe Islands,” Alex Cornelissen, Sea Shepherd Global CEO, said in a statement.

“If we have learned anything from this pandemic is that we have to live in harmony with nature instead of wiping it out.”

The animal rights organization People for the Ethical Treatment of Animals, or PETA, has long called for an end to the “bloody whale slaughter” on the Faeroe Islands.

Bjarni Mikkelsen, a marine biologist from the Faeroe Islands, said the catch represented the largest number of dolphins to be killed in a single day in the islands. Prior to that, he said the highest number had been 1,200 in 1940.

Traditionally, he said, the grindadráp is “very well-organized and when the drive happens, there are enough people on the beach that it’s very seldom that a harvest lasts longer than 10 minutes.”