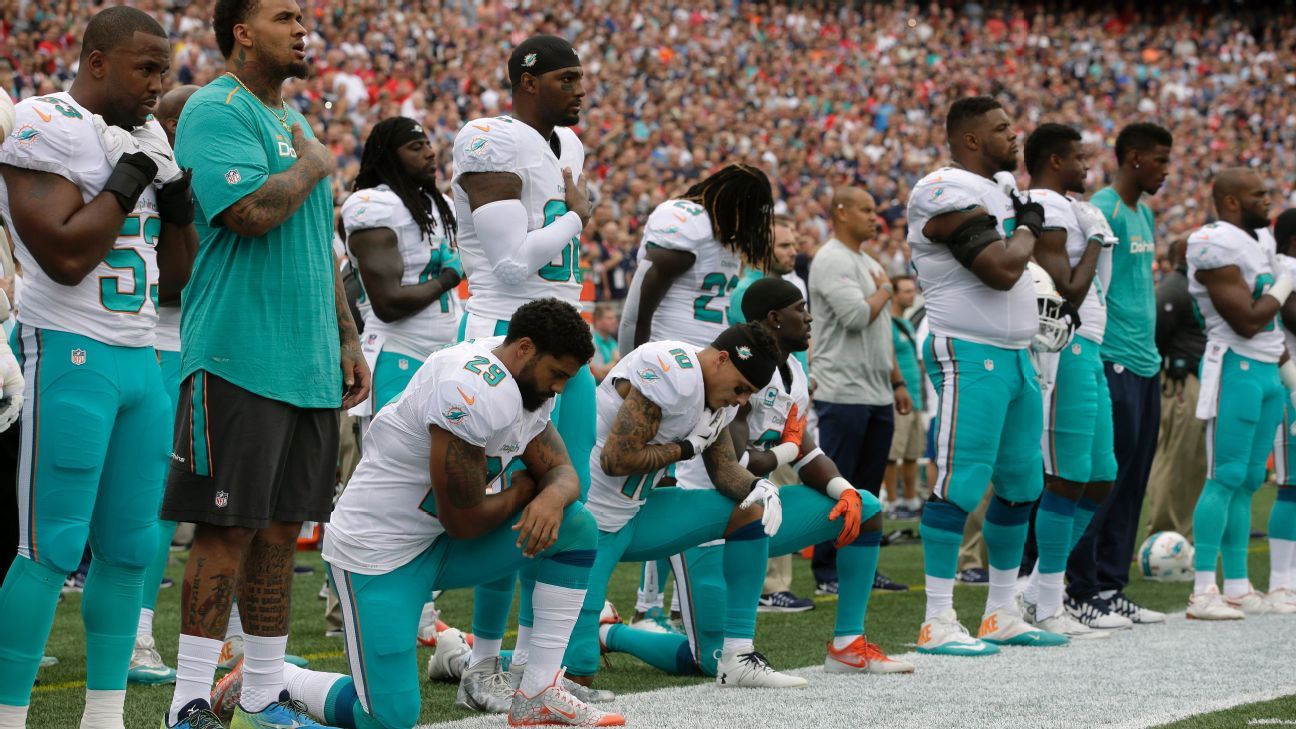 Miami Dolphins players who protest on the field during the national anthem reportedly could be suspended for up to four games under a team policy issued this week.

The “Proper Anthem Conduct” section is just one sentence in a nine-page discipline document provided to The Associated Press by a person familiar with the policy who insisted on anonymity because the document is not public. It classifies anthem protests under a large list of “conduct detrimental to the club,” all of which could lead to a paid or unpaid suspension, a fine, or both.