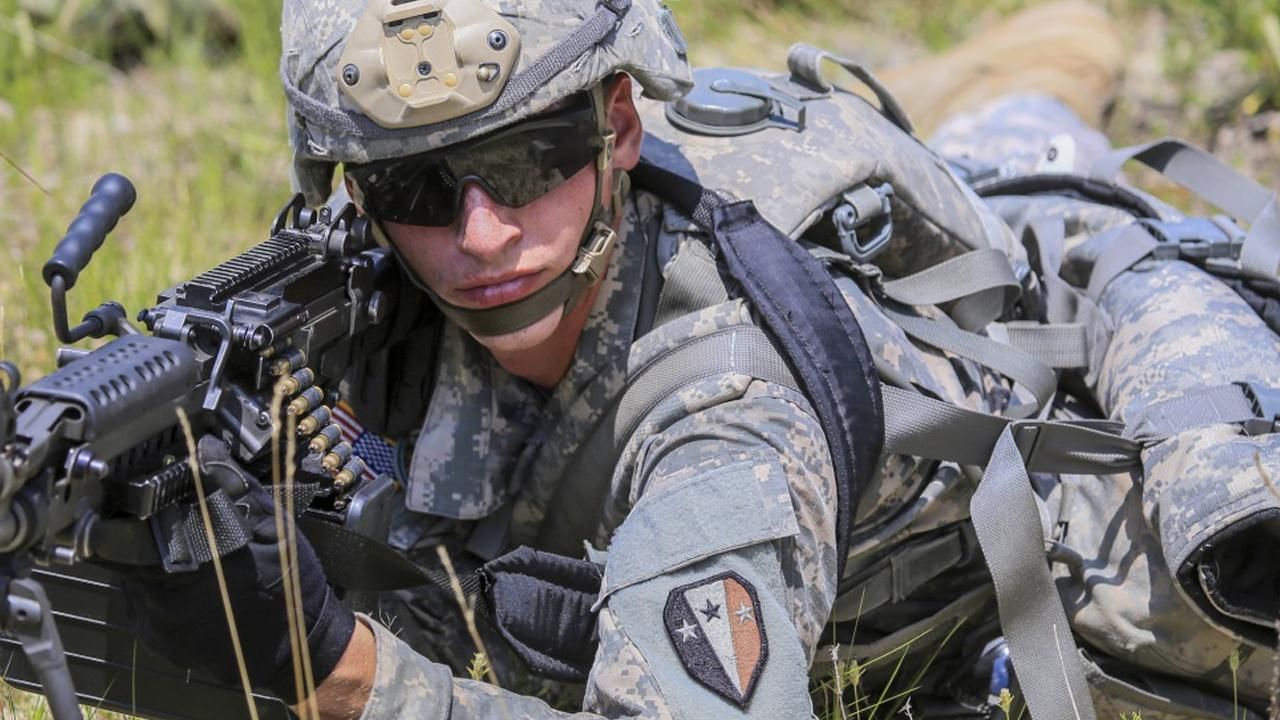 Defense Specialist Allison Barrie has a first look at the Army’s new machine gun, which is made to be lighter, shoot farther, and pack the power of an M1 Abrams tank in the palm of soldiers’ hands.

The Army’s new weapon will look like a light machine gun, but will put M1 Abrams Main Battle Tank-style blasting power literally at the fingertips of U.S. soldiers.

The new light machine gun will weigh less — and yet shoot farther. It should make U.S. soldiers even more lethal and enhance their speed and mobility while improving their safety in future combat.

The Next Generation Squad Automatic Rifle (NGSAR) may replace about 80,000 SAWs (the M249 squad automatic weapon). The well-known and loved M249 SAWs were already beasts — now the Army’s light machine gun is going to get even more powerful.

Armed with the NGSARs, soldiers will have the confidence of knowing the new weapon can be relied on for stopping power against sophisticated adversaries who arrive to fight in advanced body armor.