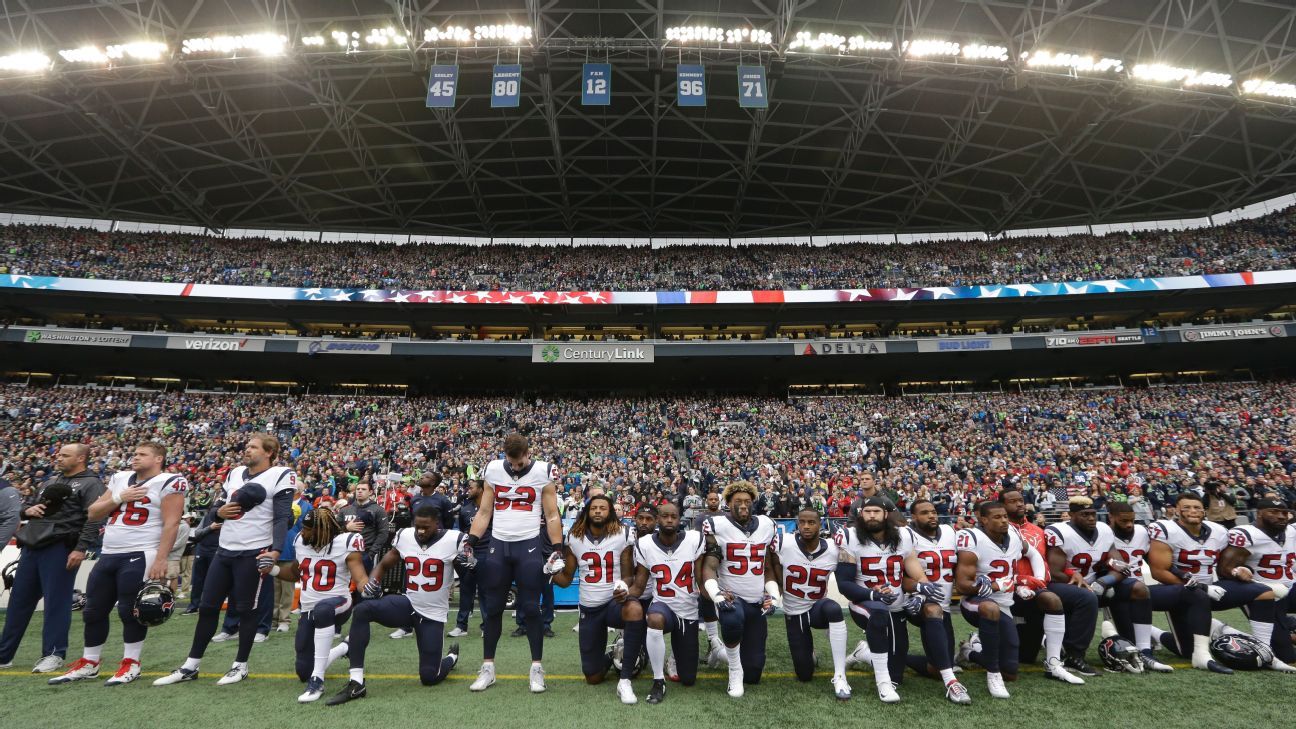 The majority of Houston Texans players protested ahead of Sunday’s game in Seattle after ESPN The Magazine reported that owner Bob McNair said, “We can’t have the inmates running the prison,” during mid-October owners meetings in reference to ongoing player demonstrations during the national anthem. McNair met with players Saturday morning and expressed regret for his comment. He also issued a public apology Friday.

The players’ movement for social equality gained more attention this season, when President Donald Trump criticized NFL players who lodge pregame protests, saying in a speech in Alabama on Sept. 22 that he wished those players would be released. He also encouraged fans who are offended to walk out of stadiums. Several players and coaches reacted strongly to Trump on social media, and players — joined by coaches and owners, in some instances — across the league knelt, locked arms, raised their fists and even refused to come out of the locker room during the national anthem in Week 3. There were several more protests in Week 4. Vice President Mike Pence left the 49ers-Colts game at Lucas Oil Stadium in Indianapolis in Week 5 because of protesting that took place during the anthem.