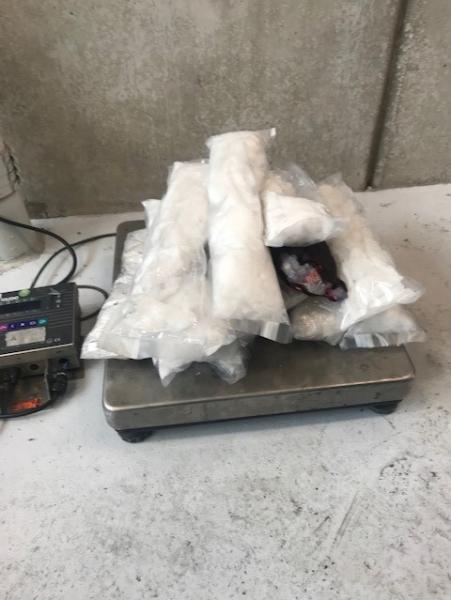 More than a dozen packages containing roughly $233,000 worth of alleged methamphetamine were uncovered by Customs and Border Protection (CBP) officers, the agency announced Friday.

Nearly 17 pounds of the suspected drug were seized from a vehicle Monday at the Juarez-Lincoln International Bridge, a news release from the agency said.

A CBP officer working at the bridge sent a 2016 Dodge Attitude and its 37-year-old male driver, who is a Mexican citizen, to undergo “a secondary examination,” the news release said.

“Following a canine and non-intrusive imaging system inspection,”  CBP officers discovered a total of 13 packages containing nearly 17 pounds of alleged methamphetamine in the vehicle, the news release said. “The narcotics have an estimated street value of $233,000.”

Both the alleged drugs and the vehicle were taken by CBP officers and the driver was arrested, the agency said.