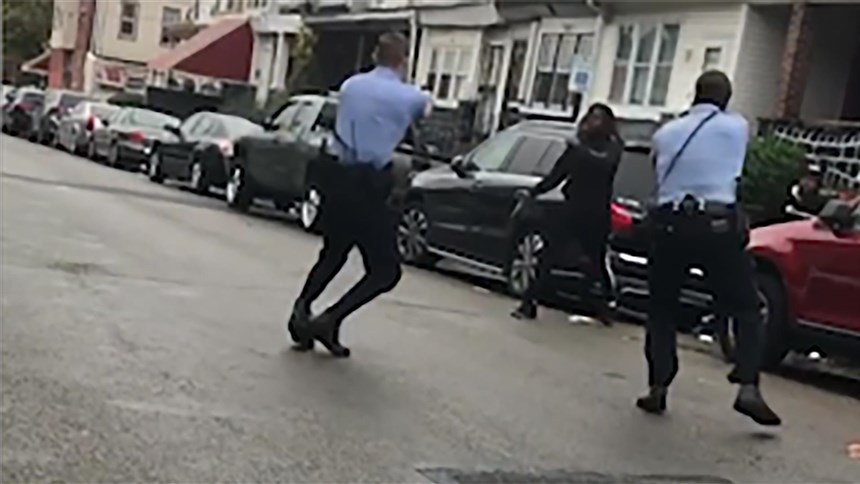 Police said they shot Walter Wallace Jr., 27, after responding to a call about a man armed with a knife.

The responding officers ordered Wallace “several times” to drop the knife and he continued to “advance towards” them, according to a statement. They then fired their weapons “multiple times,” shooting him in the chest and shoulder, and he was pronounced dead at the hospital just after 4 p.m., the statement added.

Wallace was recently married, and had seven children and one on the way, according to a statement from his cousin Carnell Hurley made on behalf of his family. He was shot in front of his mother and brother, Hurley said.

Hurley said in the statement that Wallace was “at least 20 feet away” from the officers and they “shot a dozen shots.”

A video capturing the incident and posted on social media showed him walking near two police officers with their guns drawn. The police officers appear to shout at Wallace to put down a knife, but no knife is visible in the video.

It is not known what occurred before the recording began.

“I have watched the video of this tragic incident and it presents difficult questions that must be answered,” Philadelphia Mayor Jim Kenney said in a statement.

Wallace’s father, Walter Wallace Sr., told the Philadelphia Inquirer that his son struggled with mental health issues and was on medication.