Support for the Black Lives Matter movement is plummeting, including among African Americans, according to a new poll. As the country prepares to mark the second anniversary of the killing of George Floyd, which sparked a nationwide reckoning on race and policing, the University of Massachusetts Amherst survey found that support for the movement has […]

The questionable financial dealings of Black Lives Matter have created a major public relations problem, specifically the shady $6 million purchase of a California mansion that has led to calls for accountability and on Monday, the group sought to reassure its supporters. BLM took to social media to engage in damage control as the scandal […]

The California attorney general is warning Black Lives Matter Global Network that the state may revoke its tax-exempt status and charge late fees to the group’s leaders if they don’t provide financial records to the state. The Washington Examiner obtained a letter from Attorney General Rob Bonta warning that “the organization BLACK LIVES MATTER GLOBAL […]

A former Georgia prosecutor was indicted Thursday on misconduct charges alleging she used her position to shield the men who chased and killed Ahmaud Arbery from being charged with crimes immediately after the shootings. A grand jury in coastal Glynn County indicted former Brunswick Judicial Circuit District Attorney Jackie Johnson on a felony count of […] 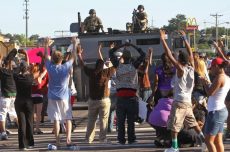 Minnesota saw the highest number of murders on record in 2020, as well the most assaults against police officers in the line of duty ever recorded within a one-year period, according to the annual uniform crime report released by the Bureau of Criminal Apprehension on Tuesday. Just a few months into last year, the onset […]

Police in Santa Cruz, Calif., arrested two suspects after a “Black Lives Matter” mural was defaced in the city, according to law enforcement. In a press release published Sunday, Santa Cruz Police Department (SCPD) said that morning they received a report of vandalism of the Black Lives Matter mural painted at 800 Center Street in […] 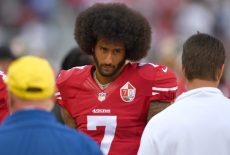 The Black national anthem is reportedly set to return before NFL games for good starting in 2021. “Lift Every Voice and Sing” was played before the start of Week 1 games during the 2020 NFL season, and Front Office Sports reported Wednesday the NFL plans to make it a “prominent part of big league events.” […]

A mural in remembrance of George Floyd in Toledo, Ohio, was reduced to rubble after a reported lightning strike. Witnesses told Toledo Police that a lightning strike destroyed the mural, and doppler radar shows a strike hit at about 4:30 p.m. Tuesday near where the mural was painted. Photos of the destruction show part of […]

MINNEAPOLIS — Derek Chauvin, the former Minneapolis police officer convicted of murder in the death of George Floyd, was sentenced Friday to 22 and a half years in prison, closing a chapter on a case that sparked global outrage and protests. He was granted credit for time served. Prosecutors had asked that Chauvin receive 30 […]

A 700-pound bronze statue of George Floyd was unveiled Wednesday outside of Newark, New Jersey’s city hall. “Hopefully when people walk by and they see it, and they participate, hopefully it inspires them to become active in the struggles that are happening right here in Newark and right here in New Jersey,” Newark Mayor Ras […]

The owner of a Cincinnati bar says he won’t show another NBA game until Los Angles Lakers star LeBron James is “expelled” from the league. Linne’s Pub in Delhi Township made the statement in a Facebook post on Wednesday, the same day the four-time NBA champion was criticized for posting a tweet that has been […]