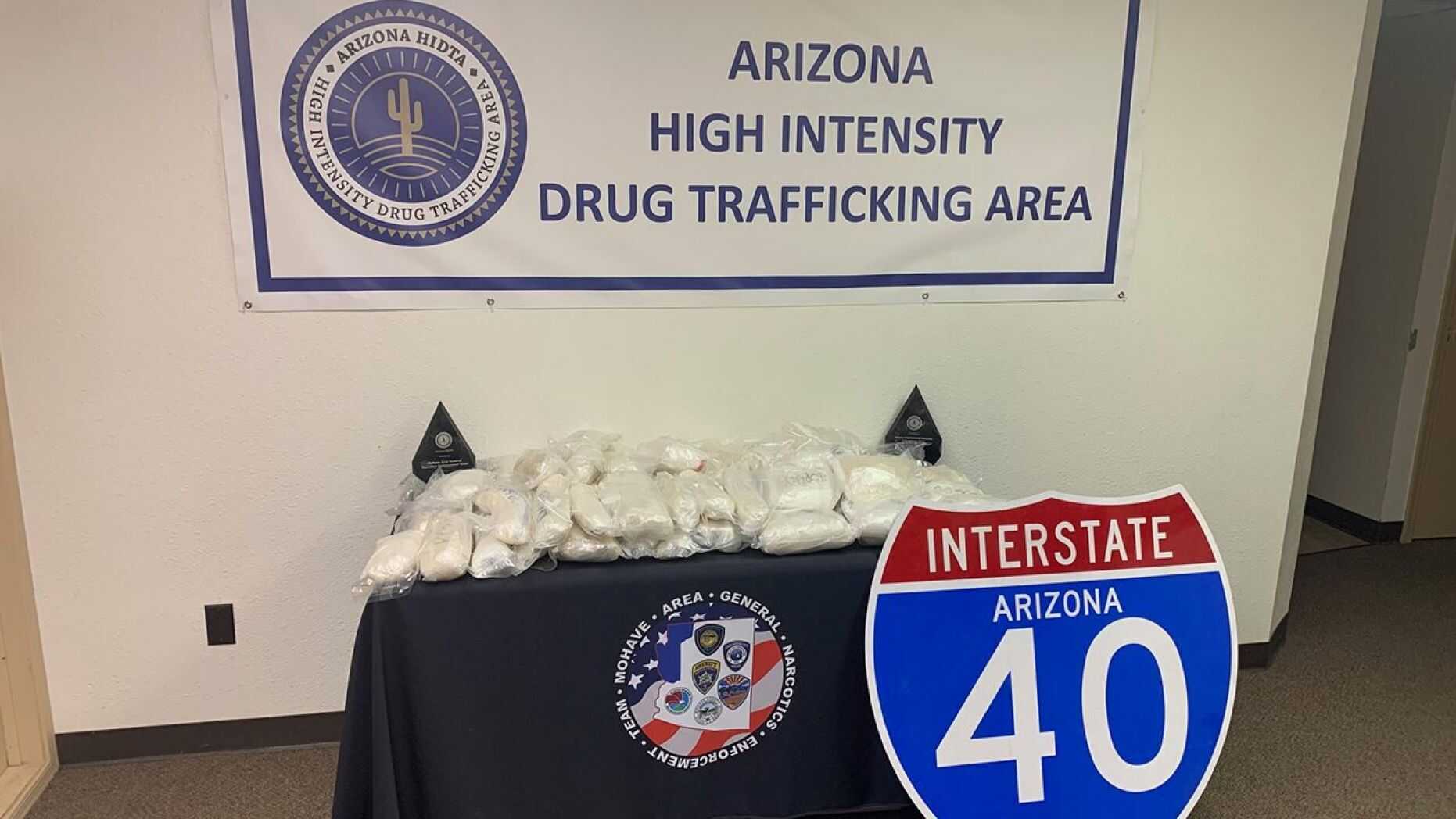 Four people in Arizona were busted with nearly $4 million worth of meth during a routine traffic stop.

According to officials, detectives with the Mohave Area General Narcotics Enforcement (MAGNET) task force pulled over a vehicle on Interstate 40 in Kingman.

A police dog sniffed around the vehicle and alerted law enforcement officers to the possible presence of drugs inside, officials said on Facebook.

Inside the vehicle, officials found several hidden bundles of meth that totaled about 89 pounds. Officials said the street value was about $3.9 million.