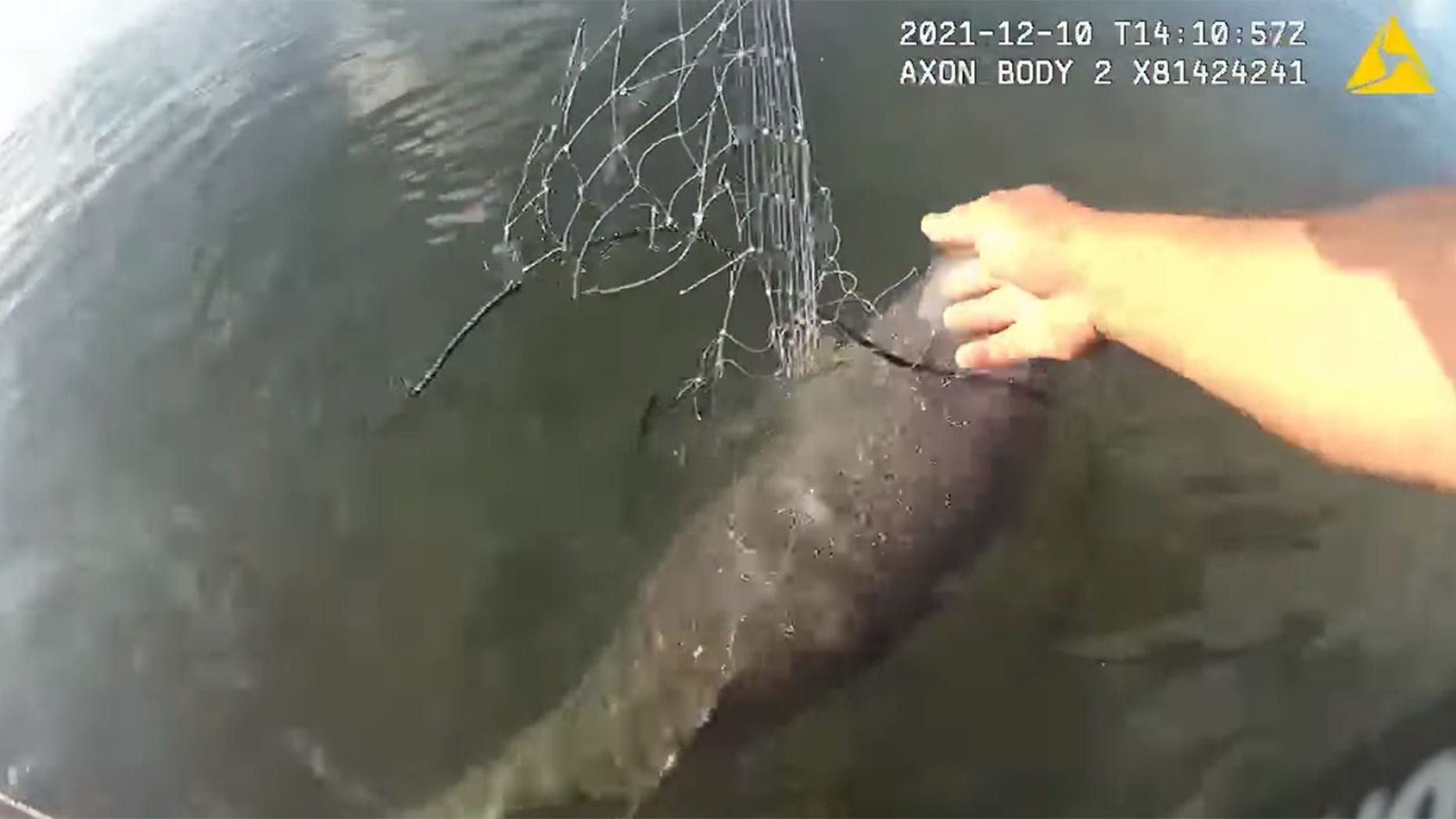 A Miami-Dade police officer rescued a dolphin that had become tangled up in a fishing net. Recently released body-cam footage shows the officer working to free the trapped animal as it struggled in the water.

Marine patrol officer Nelson Silva had to drift his boat to get close enough to a dolphin that get tangled in a fishing net.

The incident occurred on Dec. 10, 2021, but the footage was only just released on the Miami-Dade Police Department’s Facebook page. According to the post, Officer Nelson Silva of the Marine Patrol Unit came across the trapped animal after responding to reports of a dolphin in distress.

In the footage, Silva can be seen piloting the boat to the area and visually locating the dolphin. Silva could only get the boat so close, so he had to turn the engine off and drift towards the panicked animal.

Fortunately, he was able to get close enough to grab the net with a long pole. After pulling the dolphin in close to the boat, Silva began cutting it free from the net with his knife.