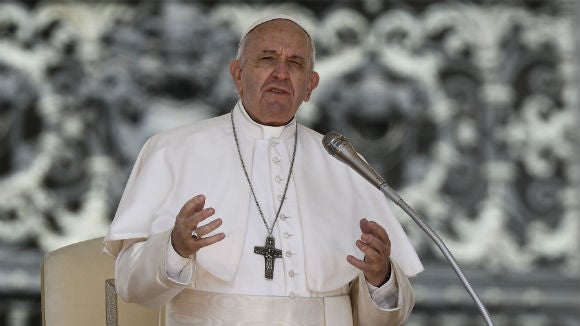 A group of Catholic priests are vowing to bless same-sex unions in defiance of recent guidance from the Vatican.

The group, called the Parish Priests Initiative, said in a statement that it is “deeply appalled” by the decision and vowed to “not reject any loving couple who ask to celebrate God’s blessing,” according to Reuters.

“We members of the Parish Priests Initiative are deeply appalled by the new Roman decree that seeks to prohibit the blessing of same-sex loving couples. This is a relapse into times that we had hoped to have overcome with Pope Francis,” the group reportedly said.

“We will — in solidarity with so many — not reject any loving couple in the future who ask to celebrate God’s blessing, which they experience every day, also in a worship service,” they continued.

The Austria-based group was founded in 2006, and claims to have 350 members from the official church and over 3,000 lay supporters, Reuters reported.