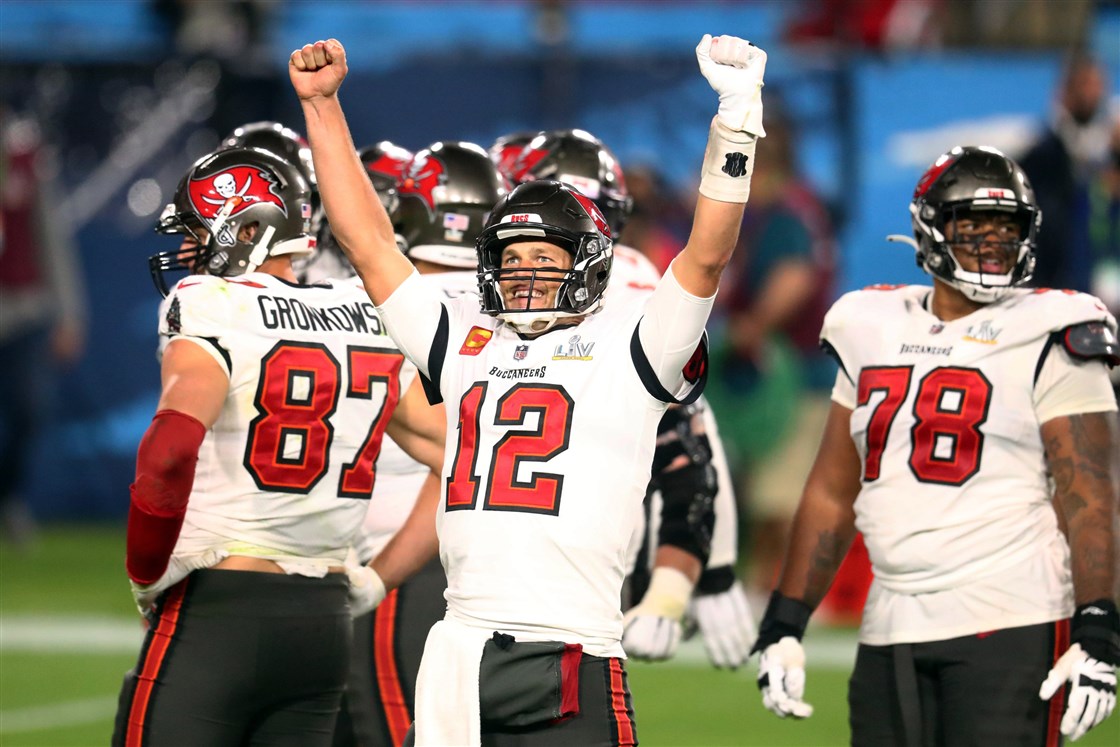 The game was supposed to be an epic battle of the ages, pitting the all-time great Brady and Patrick Mahomes, 25, widely regarded as the best young quarterback in the game.

The Chiefs entered Sunday night as 3-point favorites, but the Buccaneers stormed to a 21-6 halftime lead and were never seriously challenged. Tampa Bay’s suffocating defense kept the Chiefs, who averaged 30.8 points per game in the regular season, from denting the end zone even once on Sunday.

Brady, 43, was named Super Bowl MVP for an unprecedented the fifth time and will now be fitted for his seventh championship ring.