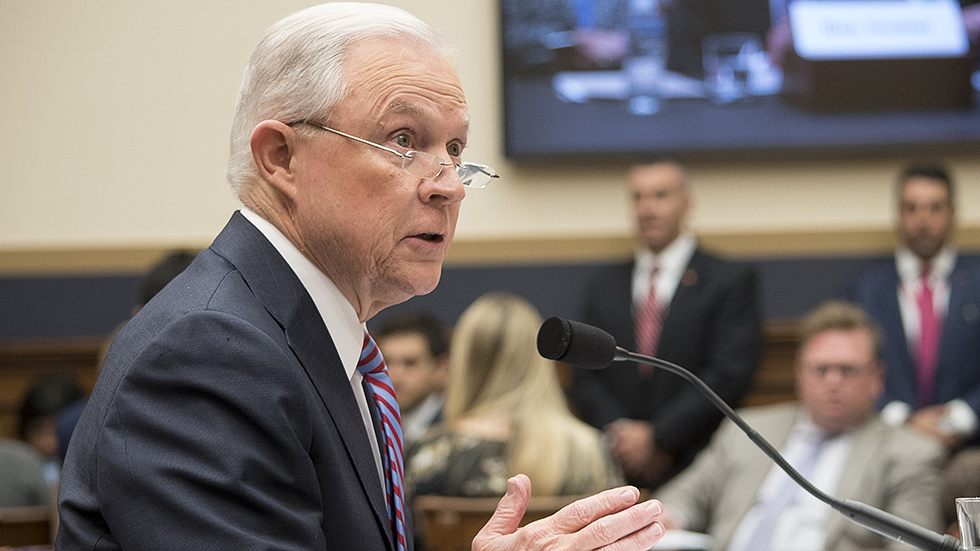 Attorney General Jeff Sessions pushed back Wednesday on the latest round of criticism from President Trump, saying that he will continue to carry out his duties as the nation’s top law enforcement officer with “integrity and honor.”

“We have initiated the appropriate process that will ensure complaints against this Department will be fully and fairly acted upon if necessary,” Sessions said in a statement.

“As long as I am the Attorney General, I will continue to discharge my duties with integrity and honor, and this Department will continue to do its work in a fair and impartial manner according to the law and Constitution,” he added.

Session’s comments came after Trump leveled his latest attack on his attorney general Wednesday morning, calling it “disgraceful” that Sessions asked the Justice Department’s inspector general to investigate potential abuses by the FBI on surveillance warrants.

“Why is A.G. Jeff Sessions asking the Inspector General to investigate potentially massive FISA abuse. Will take forever, has no prosecutorial power and already late with reports on Comey etc,” Trump tweeted. “Isn’t the I.G. an Obama guy? Why not use Justice Department lawyers? DISGRACEFUL!”