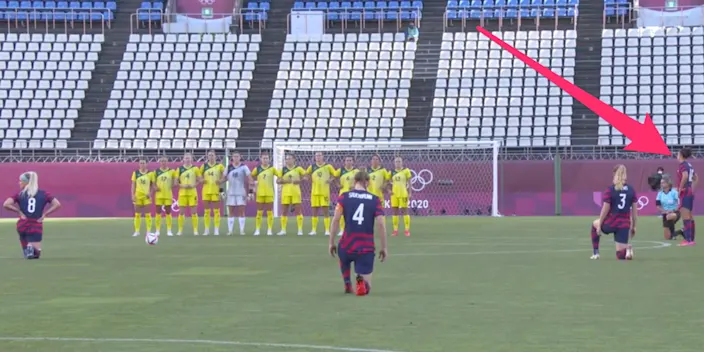 U.S. women’s soccer star Carli Lloyd stunned fans on Thursday as it appeared she was the only American player standing before the team’s match against Australia at the Tokyo Olympics.

It appeared the rest of her teammates decided to kneel as a protest against racism and discrimination before the bronze-medal match against Australia. Lloyd was standing next to the referee of the match while the Australian soccer team stood in unity.

The U.S. women’s soccer team drew criticism at the start of the Olympics when players knelt before the official match against Sweden. In that one, the U.S. would lose 3-0.

It was a different tune on Thursday.

Megan Rapinoe scored two goals and Lloyd added to her own U.S. Olympic record with two goals of her own. Rapinoe and Lloyd were all the U.S. needed in the 4-3 win.