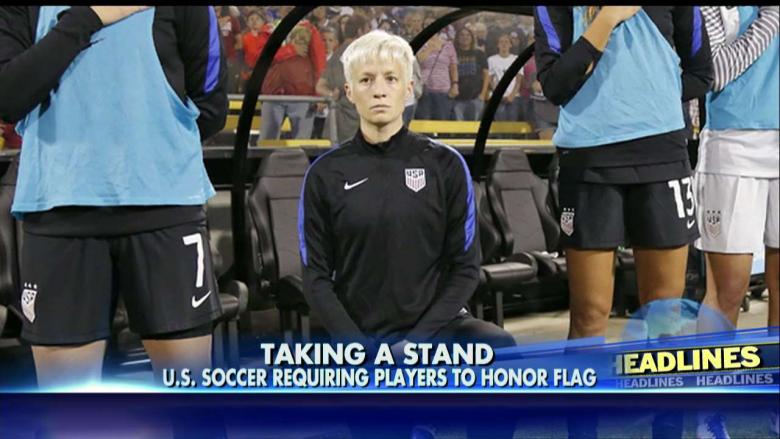 U.S. Soccer has adopted a new policy requiring all players to stand for the playing of the national anthem.

The move comes after one of the women’s team players, Megan Rapinoe, took a knee during the anthem in several matches last fall to protest racial oppression in the country.

“We have an expectation that our players and coaches will stand and honor the flag while the national anthem is played,” U.S. Soccer said in response to Rapinoe’s actions.

Rapinoe, who was left off the U.S. women’s national team roster for the upcoming year, said she was supporting then-San Francisco 49ers quarterback Colin Kaepernick’s national anthem protest by taking a knee rather than standing.