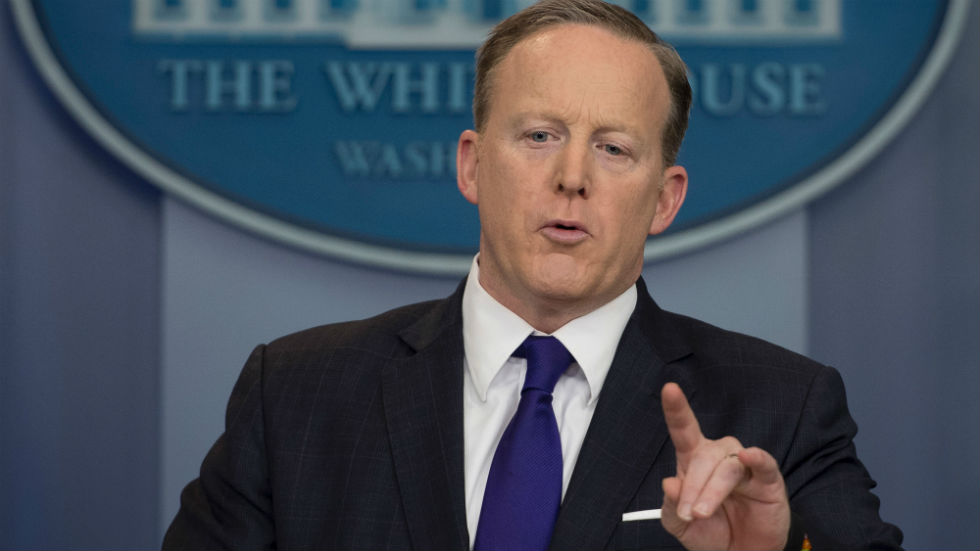 White House press secretary Sean Spicer caused an uproar on Tuesday when he said that Nazi leader Adolf Hitler, whose regime gassed millions of Jews during the Holocaust, did not use chemical weapons during World War II.

Spicer stumbled while trying to make a point about Syrian President Bashar Assad, who is accused of employing chemical weapons against his citizens. Russia’s government has backed Assad.

“We did not use chemical weapons in World War II. You had someone as despicable as Hitler who did not even sink to using chemical weapons,” Spicer said. “If you are Russia, ask yourself, is this a country and regime that you want to align yourself with?”

Given an opportunity to clarify his comments, Spicer misspoke again by trying once more to draw a distinction between Assad and Hitler, whom the press secretary said did not gas “his own people.”

“When it comes to sarin gas, [Hitler] was not using the gas on his own people the same way that Assad is doing,” Spicer said to audible groans from some reporters. He also referred to concentration camps as “Holocaust centers.”