Crime has continued to rise in many of America’s major cities, and first responders are becoming the victims at an alarming rate. According to KVI radio host Ari Hoffman, Seattle Fire Fighters Union Local 27 President Kenny Stuart wrote a letter to the Seattle City Council detailing the violence firefighters have faced in recent months. […] 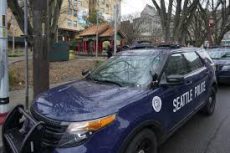 Seattle is in the midst of “a criminal and humanitarian emergency,” a bakery owner who indefinitely closed her business over safety concerns told Fox News. Olga Sagan said she shuttered one of her three Piroshky Piroshky locations in February after a surge in shootings and drug use outside her Pike Place store created a dangerous […]

Seattle Police Chief Carmen Best on Tuesday announced her resignation, saying that she was not leaving because of pay cuts to her department, but because of the “lack of respect” toward her fellow officers. Best’s resignation comes amid the City Council’s decision to reduce the department by as many as 100 officers through layoffs and […]