A former U.S. soldier said he’s brought at least 30 at-risk people, including Christians, from Afghanistan across the closed Pakistan border and was lashed by the Taliban for his efforts. The Afghan native went to Pakistan about a month ago and illegally crossed into Afghanistan to rescue his family. Relatives hid around Kabul after the Taliban took […]

The Taliban said on Saturday they will not work with the U.S. to contain extremism in Afghanistan. Taliban political spokesman Suhail Shaheen told The Associated Press the group will independently deal with extremist groups such as the Islamic State. “We are able to tackle Daesh independently,” Shaheen said, using an Arabic acronym for the group. […] 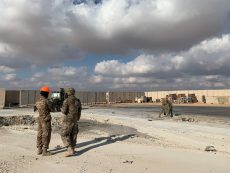 The Taliban declared victory Tuesday after the last U.S. troops left Afghanistan, with an official from the insurgent group declaring that the nation is free. The group marched into Kabul’s international airport on Tuesday, dressed in camouflage and posing for photos, The Associated Press reported. “Afghanistan is finally free,” Hekmatuhha Wasiq, a Taliban official, told […]

When the last American aircraft left Afghanistan on Monday, the hopes of thousands of Afghans who believed that the United States would save them from the Taliban disappeared with it into the clouds above Kabul. Afghan allies said their emotions vacillated from fear and anger to sadness and outright panic that the government they had […]

Sen. Lindsey Graham (R-S.C.) on Sunday said the chances of more terrorist attacks like the ones on Sept. 11, 2001 “just went through the roof” because of the withdrawal of U.S. troops from Afghanistan. Graham, during an interview with guest host Ed O’Keefe on CBS’s “Face the Nation,” said a “parade of horribles is about […]

As the U.S. carried out airstrikes against an ISIS-K vehicle suspected of carrying suicide bombers Sunday morning, Fox News obtained a video showing a group of Americans, special immigration visa applicants and legal permanent residents being held at a Taliban checkpoint in Afghanistan while attempting to travel to the Hamid Karzai International Airport. According to […] 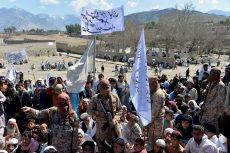 Secretary of State Antony Blinken on Wednesday said about 1,500 Americans remain in Afghanistan and are waiting to be evacuated. The Biden administration has been engaged in a furious effort to evacuate Americans and Afghan allies before Aug. 31, the deadline set for a complete exit from the country. Blinken said the U.S. has evacuated […]

A Taliban fighting unit called the Badri 313 Battalion was spotted patrolling Afghanistan with U.S.-made gear, and posting one photo appearing to mock the iconic World War II photo, Raising the Flag on Iwo Jima. Propaganda videos posted this week on channels affiliated with the Taliban show soldiers in the little-known Badri 313 Battalion carrying […]

A new threat from the Islamic State’s (ISIS) branch in Afghanistan prompted a new warning from the U.S. Embassy in Kabul that urged Americans to not come to the besieged airport in Kabul, officials confirmed to Fox News on Saturday. “Because of potential security threats outside the gates at the Kabul airport, we are advising […]