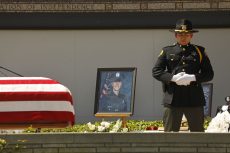 A quarter of American adults say they live in fear of being attacked in their own neighborhoods, according to a poll by NPR, the Robert Wood Johnson Foundation, and the Harvard T.H. Chan School of Public Health. The poll, conducted between June and July of this year and including a sample of 4,192 adults, found […]

Crime has continued to rise in many of America’s major cities, and first responders are becoming the victims at an alarming rate. According to KVI radio host Ari Hoffman, Seattle Fire Fighters Union Local 27 President Kenny Stuart wrote a letter to the Seattle City Council detailing the violence firefighters have faced in recent months. […] Gun violence is spiking across the United States, and new data suggests the year is on pace to be one of the deadliest on record. The nation already has recorded 14,723 homicides and other fatal shootings so far in 2021, according to new data compiled and released by the Gun Violence Archive (GVA). That compares […]

Former President Obama says he once broke a schoolmate’s nose after the then-friend called him a racial slur during a locker room fight. The 44th president shared the revelation in an episode of his Spotify podcast with Bruce Springsteen, “Renegades,” released Monday. “Listen, when I was in school, I had a friend. We played basketball […]

A 15-year-old Hispanic boy was arrested in connection with a shooting Friday at Mayfair shopping mall that left eight people injured, Wauwatosa Police Chief Barry Weber said Sunday. Weber said during a news conference that the incident was “not a random act” but rather an altercation between two groups, which he said resulted in the […] 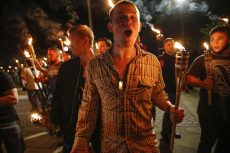 The Charlottesville mayor on Sunday blamed the heated rhetoric of Donald Trump’s presidential campaign for emboldening white supremacists who caused an explosion of violence during rallies in the Virginia city. “Look at the campaign he ran. Look at the intentional courting, both on the one hand all of these white supremacist, white nationalist groups like […]

Inmates strategically use fights to settle disputes and climb the political ladder. And if inexperienced inmates can’t adapt to their dangerous surroundings, they’ll live in constant fear of another beating. That’s what one participant on the A&E documentary show “60 Days In” learned during his stay at Clark County Jail in Jeffersonville, Indiana. The show follows eight volunteers who go undercover […]