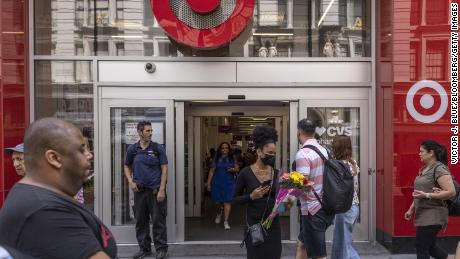 Target reported profit plunged 90% in the second quarter, falling far short of expectations, as inflation-weary customers pulled back on spending on nonessential items.

Retailers, including Target, have been forced to cut prices on general merchandise, such as clothing, electronics and home goods, because of excess inventory of goods. Consumers had to shift more of their spending to higher priced food and gasoline.
But Target reported that its price cuts did little good: It ended the quarter with 1.5% more inventory than it had three months earlier and 36% more than it had a year ago.
The company said it reduced the amount of discretionary items it held in warehouses, but Target noted the sales on those items “put significant pressure on our near-term profitability.”