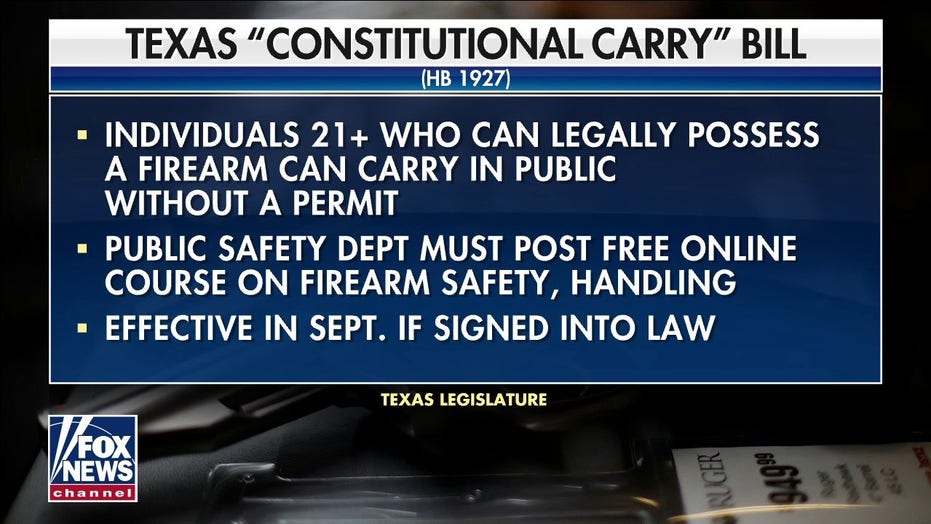 Texas Gov. Greg Abbott signed a “constitutional carry” bill into law on Wednesday that will allow Texans to carry a handgun in public without a license starting on Sept. 1.

Under current law, residents must go through training, submit fingerprints, show handgun proficiency and pay a $40 application fee in order to obtain a license to carry a handgun. Now, anyone who is older than 21 and isn’t already prohibited from owning guns by state or federal law will be able to carry a firearm in public.

There are some carveouts to the permitless carry bill, as employers can prohibit employees from carrying handguns at work and private businesses can ban customers from carrying weapons on their property.