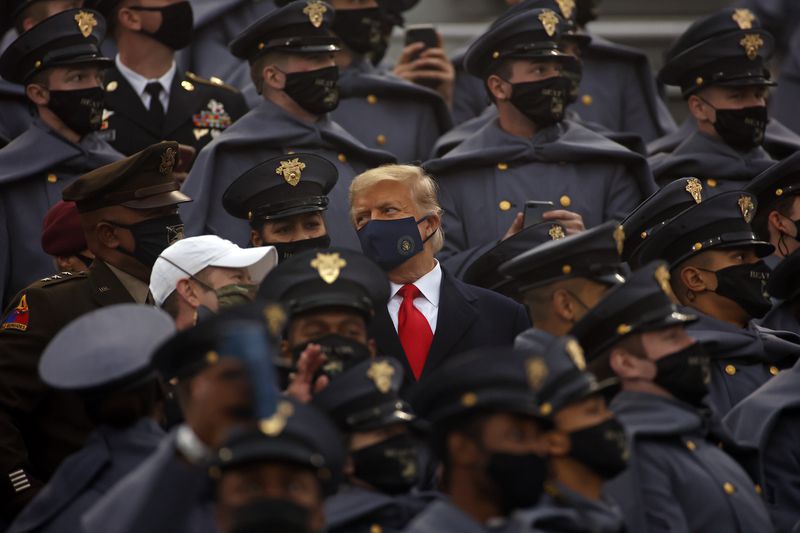 President Donald Trump did not wear a mask for some time while standing closely to West Point cadets and Naval Academy midshipmen — all of whom wore masks — at the Army-Navy football game on Saturday.

Trump, who was hospitalized in early October after contracting the coronavirus, also did not wear a mask when he presided over the coin toss before the game at the U.S. Military Academy at West Point, New York.

Neither did the game’s referee during the coin toss, which Navy won by correctly calling tails.

The 121st meeting on the football gridiron between the two service academies was played after coronavirus deaths set a one-day record of 3,309 Americans, pushing fatalities this year from the pandemic in the U.S. to more than 297,000. On Saturday, the number of coronavirus cases to date in the U.S. this year reached 16 million.

After the coin toss, Trump walked into the stands on the Army side of Michie Stadium, where he was surrounded by cadets wearing masks.