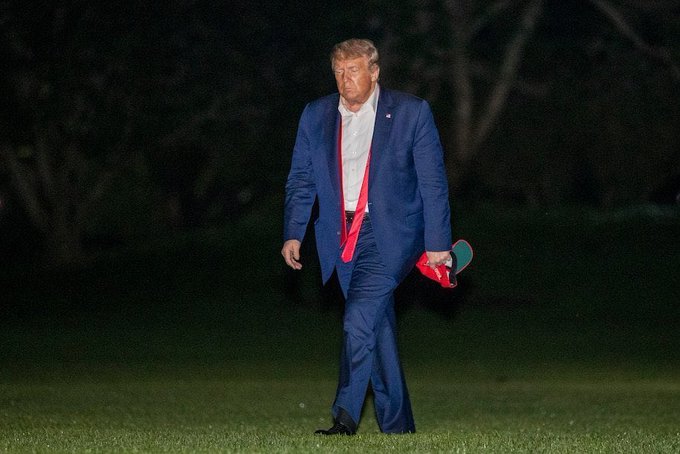 President Trump’s disapproval rating has soared to an all-time high in a new NPR/PBS NewsHour/Marist poll, the latest sign that Americans’ dissatisfaction with his handling of multiple national crises is mounting.

Trump garnered 40 percent job approval in the survey, still better than his all-time low of 35 percent recorded in an August 2017 NPR/PBS NewsHour/Marist survey. But the percent of respondents who disapprove of the job he’s doing in the White House reached its highest level yet this month, at 58 percent.

Among registered voters included in the survey, Trump did not fare much better. Fifty-seven percent said they disapprove of his job performance, while 41 percent approved.

The poll also found Trump continuing to struggle among key voting blocs that are expected to play a crucial role in the November presidential election. Among Black Americans, who tend to be among the most loyal Democratic voters, Trump garnered only 5 percent approval. Ninety-three percent gave him a thumbs down.

Among suburban Americans, Trump scored only 33 percent approval, with roughly two-thirds of those surveyed saying they disapprove of his job in office.

Even among white voters, who make up the bulk of Trump’s political base, the president is less popular than not. Forty-eight percent said they approve of his job performance, while 51 percent disapprove, according to the Friday poll.