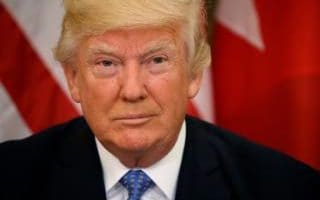 President Trump on Wednesday said he intended to nominate former assistant attorney general Christopher Wray to be the next FBI Director.

Wray would replace Acting FBI Director Andrew McCabe, who took over when James Comey was fired by Trump in May.

“I will be nominating Christopher A. Wray, a man of impeccable credentials, to be the new Director of the FBI. Details to follow,” Trump tweeted.