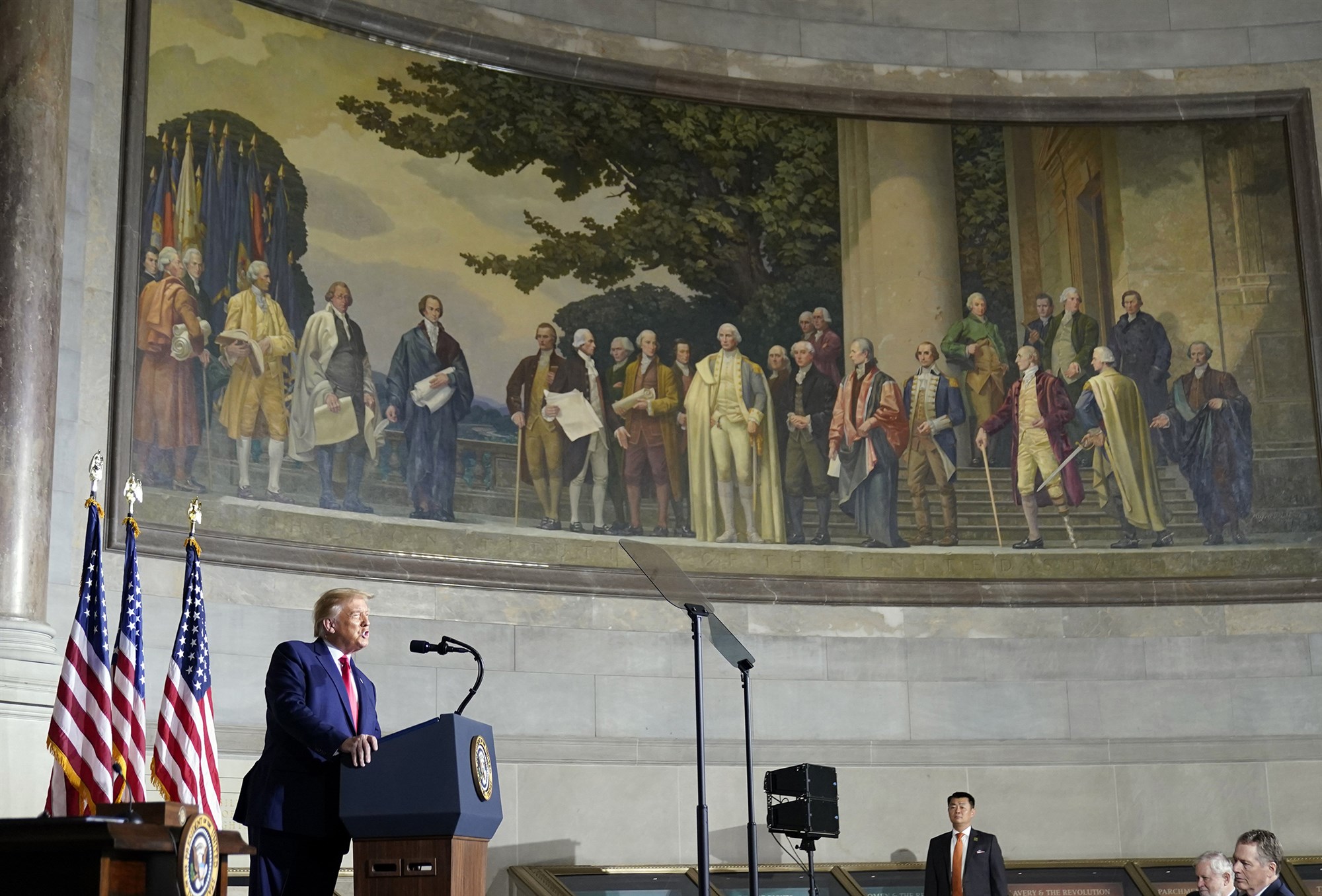 WASHINGTON — President Donald Trump accused schools of teaching students “hateful lies about this country” and said he would be taking steps to “restore patriotic education” as he continued his opposition to efforts designed at raising awareness about racial inequalities.

Speaking at what the White House describes as a “conference on American history,” Trump said he plans to sign an executive order soon creating a “national commission to support patriotic education” called the 1776 commission and is directing funding to create a patriotic curriculum for schools.

“Our youth will be taught to love America with all of their heart and all of their souls,” Trump said. The White House declined to say when Trump would sign the executive order.