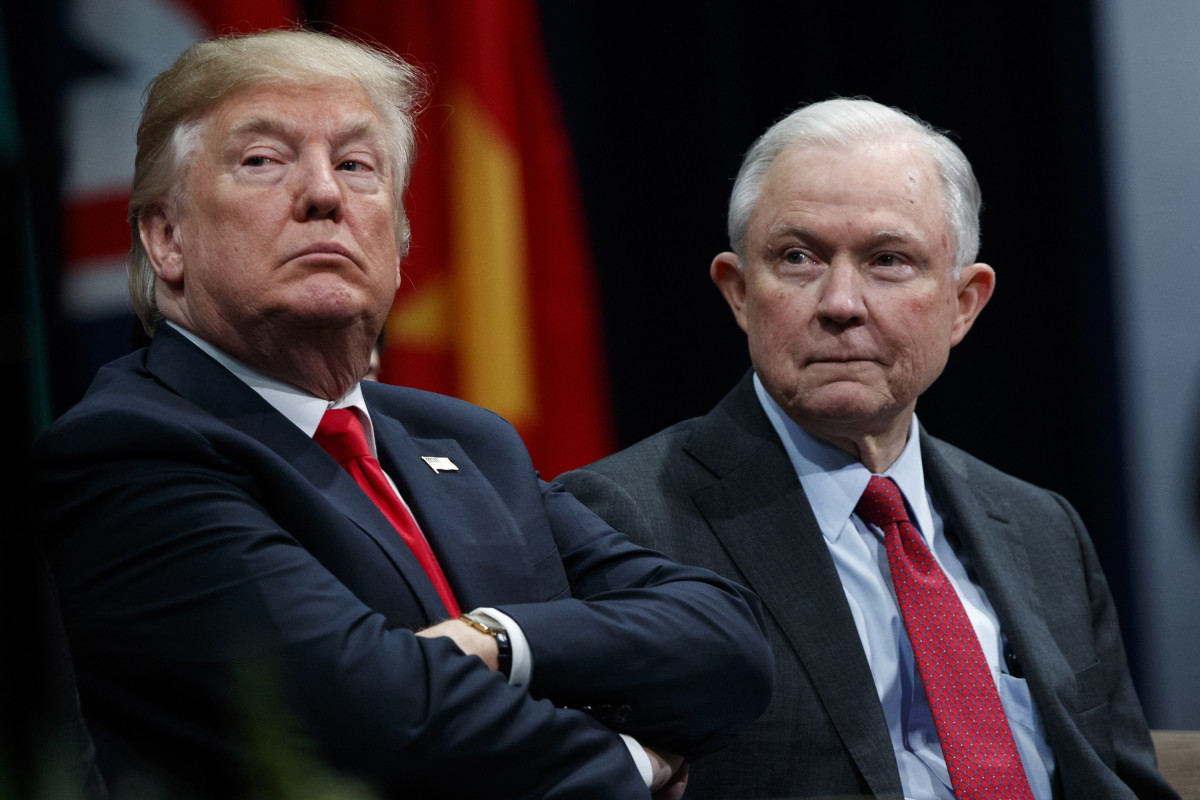 A tweet-storming President Trump kept up the pressure on embattled Attorney General Jeff Sessions with a pair of posts Saturday hinting that his top law enforcement officer could soon be axed from his administration.

“Jeff Sessions said he wouldn’t allow politics to influence him only because he doesn’t understand what is happening underneath his command position,” Trump posted at 8:36 a.m. “Highly conflicted Bob Mueller and his gang of 17 Angry Dems are having a field day as real corruption goes untouched.”

The tweet followed a Friday post in which Trump urged Sessions to “look into all of the corruption on the ‘other side,’” including former FBI Director Jim Comey’s “lies and leaks” and the “phony and corrupt dossier” that helped launch FBI surveillance of Trump campaign aide Carter Page.

Trump went on to quote Sen. Lindsey Graham (R-S.C.), who said this week: “Every President deserves an Attorney General they have confidence in. I believe every President has a right to their Cabinet, these are not lifetime appointments. You serve at the pleasure of the President” – a broad hint of Trump’s intentions toward Sessions.