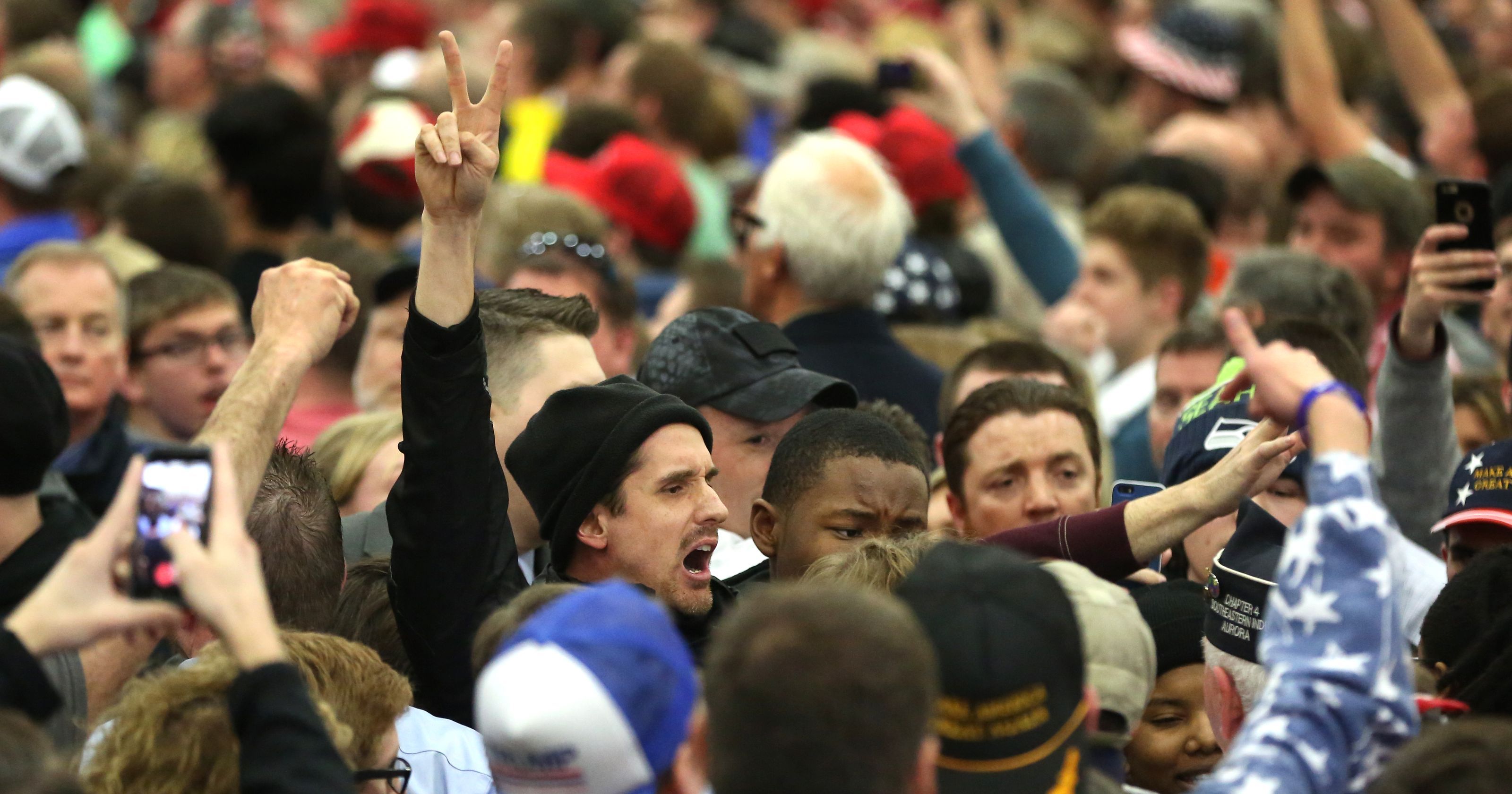 President Trump on Friday warned individuals against protesting in Tulsa, Okla., ahead of his Saturday campaign rally there, suggesting any demonstrators would be treated harshly.

“Any protesters, anarchists, agitators, looters or lowlifes who are going to Oklahoma please understand, you will not be treated like you have been in New York, Seattle, or Minneapolis,” Trump tweeted Friday. “It will be a much different scene!”

Trump has heavily criticized Democratic leaders in New York, Seattle and Minneapolis for not sufficiently cracking down on demonstrations, some of which have turned unruly, that have erupted across the country to protest racism and police brutality in the wake of the death of George Floyd.

Asked about the tweet later Friday, White House press secretary Kayleigh McEnany said that Trump was referring to “violent protesters” and not suggesting that the right to protest peaceably shouldn’t apply to his rallies.

“What the president is noting is that there were inexcusable scenes that we saw play out in New York and Seattle and Minneapolis and that we would not see Tulsa, Oklahoma, look that way,” McEnany told reporters at a briefing.

The city of Tulsa has announced a curfew for Friday and Saturday in order to prevent violent protesting around Trump’s rally, which has been shrouded in controversy since the president initially announced plans last week to hold it in Tulsa on June 19.

Trump was forced to move the date to June 20 after widespread outcry over the campaign’s decision to not just stage the event on Juneteenth, an annual holiday that marks the end of slavery in the United States, but to stage it in Tulsa, the site of one of the deadliest incidents of anti-black racial violence in the country in 1921.