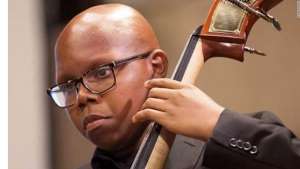 Two lives were cut short when explosive packages arrived on their doorsteps in Austin, Texas.

Anthony Stephan House was a senior project manager at Texas Quarries, a supplier of limestone from the state, according to his LinkedIn page.

Draylen Mason was a talented student and bass player accepted into the selective Butler School of Music at the University of Texas at Austin, CNN affiliate KXAN reported.

Three package bombs were delivered to Austin homes over the course of 10 days, shaking residents and prompting hundreds of calls to police.

One of the explosive packages was brought indoors and yielded parts that could be reconstructed, according to a law enforcement source, who told CNN the same person may have constructed the three devices. The devices were essentially pipe bombs rigged to explode upon opening, the source said.