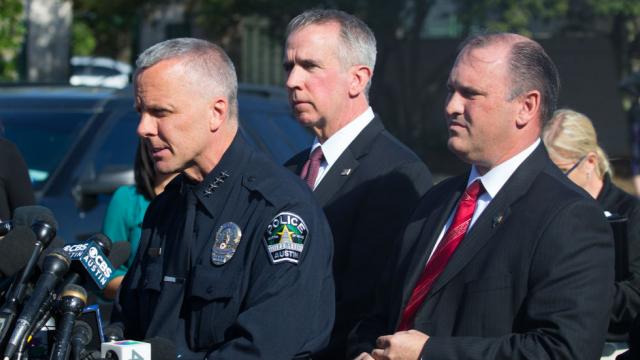 Austin’s interim police chief called the city’s serial bomber, who killed himself last week amid a standoff with authorities, a “domestic terrorist” for the impact he had on the central Texas community.

“This is a distinction that I want to make today,” Chief Brian Manley said during a panel discussion about Mark Conditt, according to the Austin American-Stateman.

Conditt was a “domestic terrorist for what he did to us,” Manley said.

Manley said he was focused on catching the bomber at first but he now feels more comfortable labeling the bombings as terrorism.

Rep. Brian Babin (R-Texas) said last week that the bombings were “absolutely a terrorist activity,” but the White House said there was “no apparent nexus” to terrorism.

Local leaders also criticized the media for how Conditt, a 24-year-old white man, was portrayed, the Statesman reported.