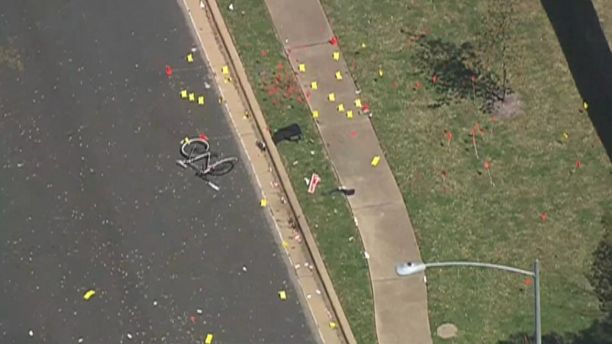 A “serial bomber” is likely responsible for four explosions in Austin this month, the latest of which injured two people Sunday night after they crossed a trip wire possibly made with fishing line, officials disclosed Monday.

Austin Police Chief Brian Manley said at a news conference Monday morning that although the bomb that injured two men on Sunday night was linked to the three previous blasts, the latest bomb involved a trip wire while the previous explosions were package bombs left on people’s doorsteps.

“We’ve seen a change in the method this suspect is using,” he told reporters.

Austin’s top cop also called on whoever is behind the string of bombings that have killed two to reach out to police to let them know why they’re setting off the explosives. Manley said it’s too soon to say whether the blast Sunday night could have been a response to his call a day prior for those behind the bombings to reach out.