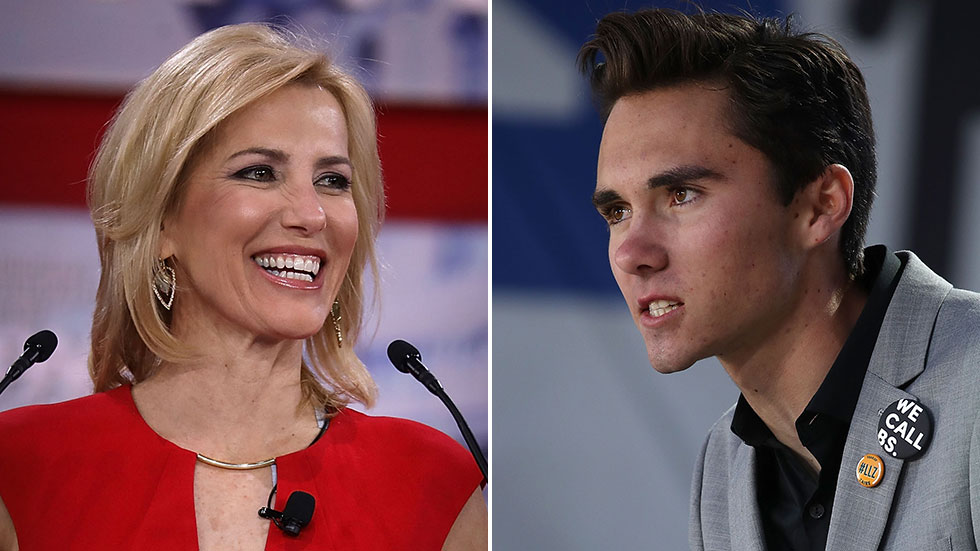 Fox News host Laura Ingraham apologized Thursday over a critical tweet she sent out the day before about a Parkland, Fla., shooting survivor, as at least seven advertisers pulled their spots from her program.

After mocking Marjory Stoneman Douglas High School student David Hogg over his college rejections, Ingraham tweeted an apology “in the spirit of Holy Week” to him and his fellow classmates.

Any student should be proud of a 4.2 GPA —incl. @DavidHogg111. On reflection, in the spirit of Holy Week, I apologize for any upset or hurt my tweet caused him or any of the brave victims of Parkland. For the record, I believe my show was the first to feature David…(1/2)

… immediately after that horrific shooting and even noted how “poised” he was given the tragedy. As always, he’s welcome to return to the show anytime for a productive discussion. WATCH: https://t.co/5wcd00wWpd (2/2)

The apology highlights the growing power of Hogg and other students from the Parkland school, who have become national figures in the fight over gun violence.