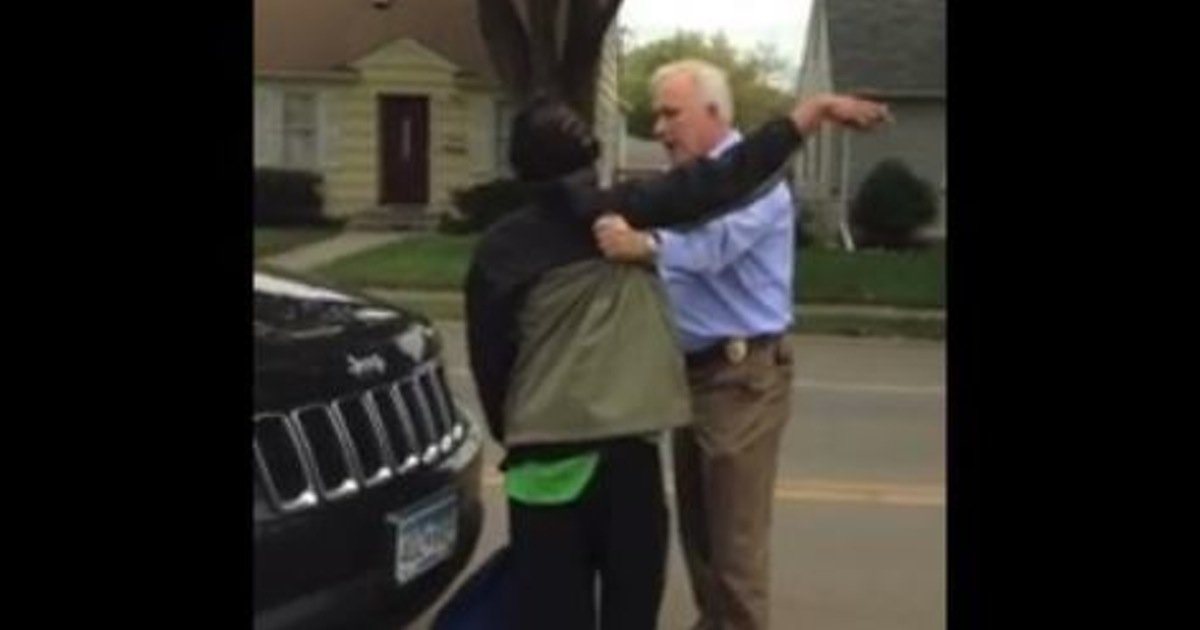 Last Wednesday, a black man was walking down a street in suburban Edina, Minnesota, when a plain clothes officer grabbed him and refused to let go.

The officer’s conduct drew the attention of a bystander, who took out her phone and started filming.

As the officer forcibly pulls the man toward his police car, he yells, “For what?… You can’t just put your hands on me like this!”

The officer accuses the man of walking down a part of the street he shouldn’t have been walking on. The man insists he did nothing wrong. The man becomes agitated by the officer not letting go of him, repeatedly swears at the cop, and is arrested.

“You could’ve just shown him where to walk very kindly,” the bystander tells the officer as she continues to film. “You’re the one who incited this.”